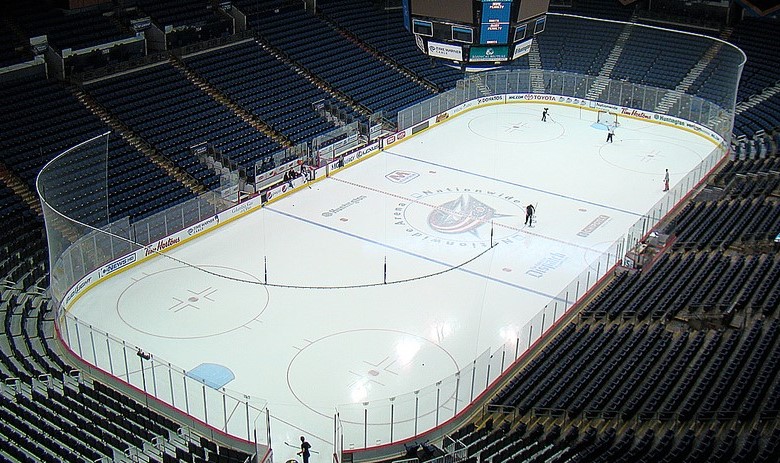 The Ohio High School Athletic Association Hockey Semi-Finals take place Thursday evening at Nationwide Arena in Columbus. The winners of the Kent, Sylvania, Brooklyn, and Columbus districts all look to advance to the State Championship Game, which faces off Saturday afternoon at 2 PM. 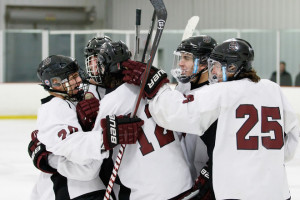 The Preppers won the Kent District as the #1 seed, beating Orange 10-0 in their first game of the playoffs, then beating Twinsburg 10-0 in the quarterfinal.

University School followed that up with an impressive 6-2 victory over one of Northeast Ohio’s powerhouse teams, the Cleveland Heights Tigers.

The Preppers moved on to face Shaker Heights in the Kent District Final and defeated the Red Raiders 2-1.

University is the only school in the Final Four that did not receive votes in the Final State Poll released on February 17th, but the Preppers have won four straight games and nine of their last ten.

Their last loss came against St. Ignatius in the Cleveland Cup Final on February 13th, as the Wildcats won 5-3. 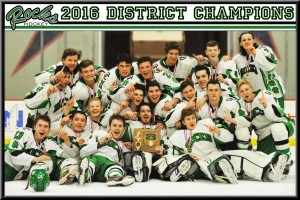 The Shamrocks are the only team in the Frozen Four that was not the #1 seed in their district. Dublin Coffman was the number two seed in the Columbus District.

They defeated Troy 10-0 in their first match of the playoffs, then went on to beat Cincinnati Archbishop Moeller 6-1.

They moved on to the semi-final and beat Dublin Jerome 4-2 to advance to the Columbus District Final vs. Upper Arlington.

The Shamrocks would win the Columbus District Final 4-2.

Dublin Coffman was ranked #6 in the State in the last poll that came out on February 17th, and they have won seven straight games heading into the Semi-Final match vs. University School.

The Knights are a hockey juggernaut. Their only loss came on the road against Bowling Green on December 28th. St. Francis de Sales lost 2-1 in overtime.

Since then, the Knights have won 21 straight games.

They were the #1 seed in the Sylvania region, defeating opponents by a ridiculous margin.

Their first match of the playoffs was against Toledo Whitmer. The Knights won 24-0.

They played Perrysburg in the semi-final and won 17-0.

St. Francis faced off with Bowling Green in the Sylvania District Final and won 4-2.

St. Francis was ranked #1 in the final State Poll of the season and has only gotten better as the season has gone on.

Their opponent will have a tall task ahead of them. 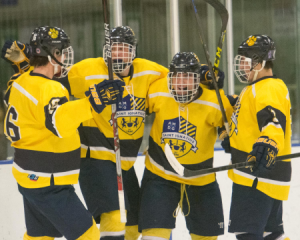 The Ice Cats have had a tremendous season up to this point. They are currently riding a 24-game win-streak.

What makes this Semi-Final match even more interesting is that the last time Ignatius lost a game, it was against St. Francis de Sales.

The Ice Cats fell to the Knights 5-1 back on December 20th.

Ignatius would hold off their biggest rival, Lakewood St. Edward’s 3-1 in the Brooklyn District Final.

I’ll be live from Columbus for both games so be sure to follow @NEOSportsInside on Twitter and like us on Facebook for live updates to find out who will advance to Saturday’s State Championship.