PREVIEW: Cavs and Raptors face off in Game 1 of conference semifinals 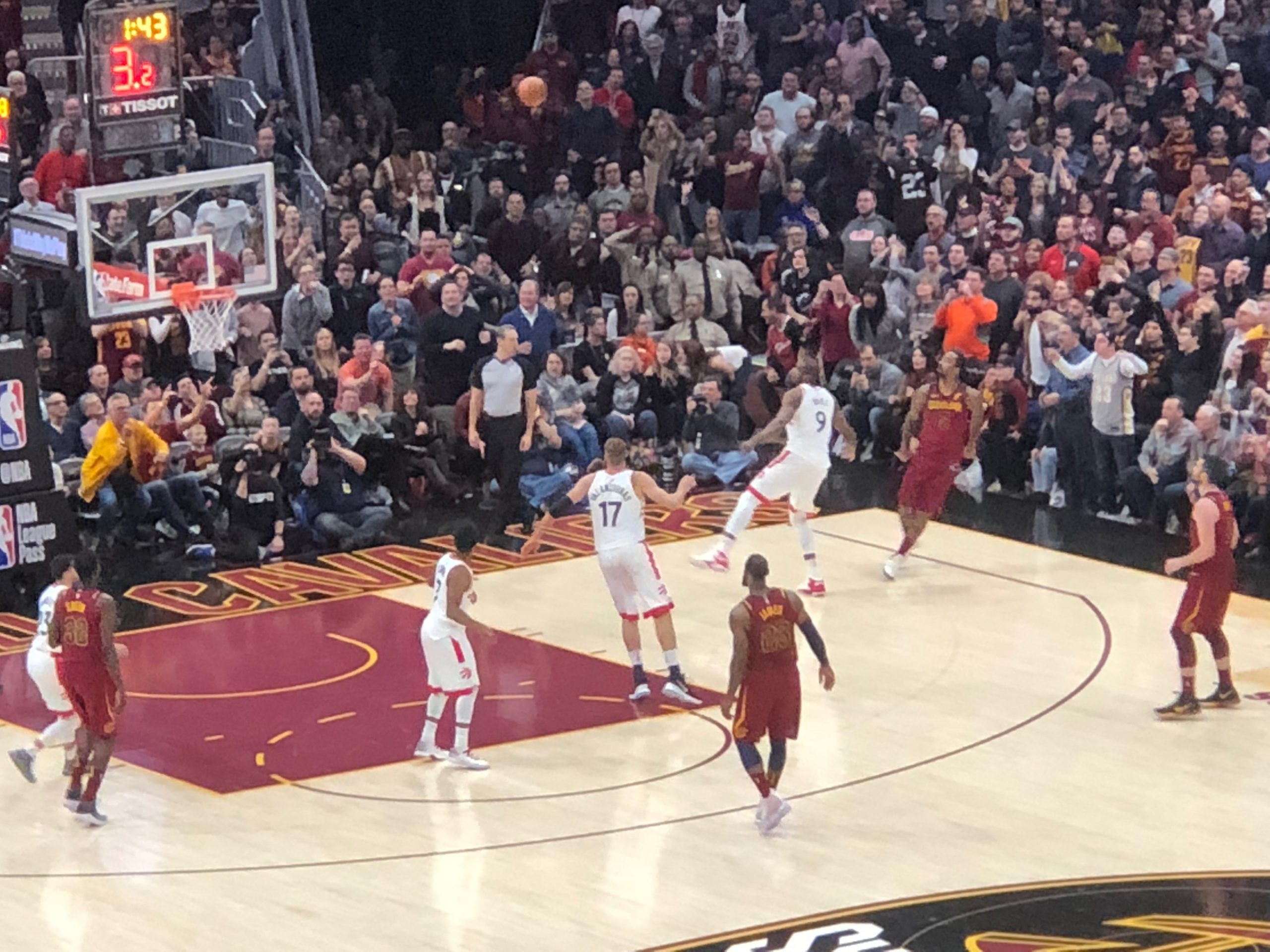 TORONTO– There ain’t no rest for the wicked. After completing their first round series with the Indiana Pacers on Sunday, the Cleveland Cavaliers head up north to take on the Toronto Raptors in Game 1 of the Eastern Conference semifinals.

Raptors injuries: None to report

In the first round, head coach Tyronn Lue trotted out four different lineups in seven games. During Game 7 on Sunday, he decided to go with the guys who have been in the trenches over the last three seasons, inserting Tristan Thompson alongside LeBron James, Kevin Love, JR Smith and Kyle Korver.

Thompson, who was out of the Cavs’ rotation until that point, had an excellent game putting up a double-double of 15 points and 10 rebounds. But it wouldn’t be surprising if Lue moved him to the bench at least in Game 1 of this series. While at center over the last two regular season games against the Raptors, Kevin Love did a good job of exploiting Jonas Valanciunas and Jakob Poeltl on the perimeter, effectively neutralizing them.

Of course, Love doing that in the postseason is dependent on whether or not he can find any semblance of offensive rhythm. The good news is that during the regular season, Love averaged a double-double against Toronto of 17 points and 12 boards.

Either way, Lue will once again likely keep any lineup changes close to his chest. Don’t expect to know anything until just before game time.

During the regular season, the Raptors had the league’s best bench in terms of net rating (8.3). During the postseason, they have struggled a little bit and currently have a minus-2.6 net rating, good for 10th best in the postseason; but that is largely due to the fact that they have been going without Fred VanVleet.

With VanVleet back in the lineup, however, it’s arguable that they once again have the best bench in the league. That will make production from the Cavs role players even more necessary to counteract Toronto’s second unit.

3. Are the Cavs in the Raptors’ heads?

It’s a narrative we’ve heard all year. The Raptors are the top team in the East record-wise, but are they going to be able to get past LeBron James and the Cavs?

The two teams have faced off in each of the last two postseasons, with the Cavs winning in six games in the 2016 Eastern Conference Finals, and sweeping the Raptors last year in the semifinals.

The Cavs won the season series, 2-1, and one of those wins included overcoming a 15-point halftime deficit. No matter how good Toronto is this year, are they mentally tough enough to be the first team to stop James from reaching the NBA Finals since 2010? Time will tell. But considering the way the Cavs played in the first round, they shouldn’t go into this series banking on a mental edge.

Cavs-Raptors: Is This the Year Toronto Exorcises its Demons?
2018 NFL Draft Team Grades