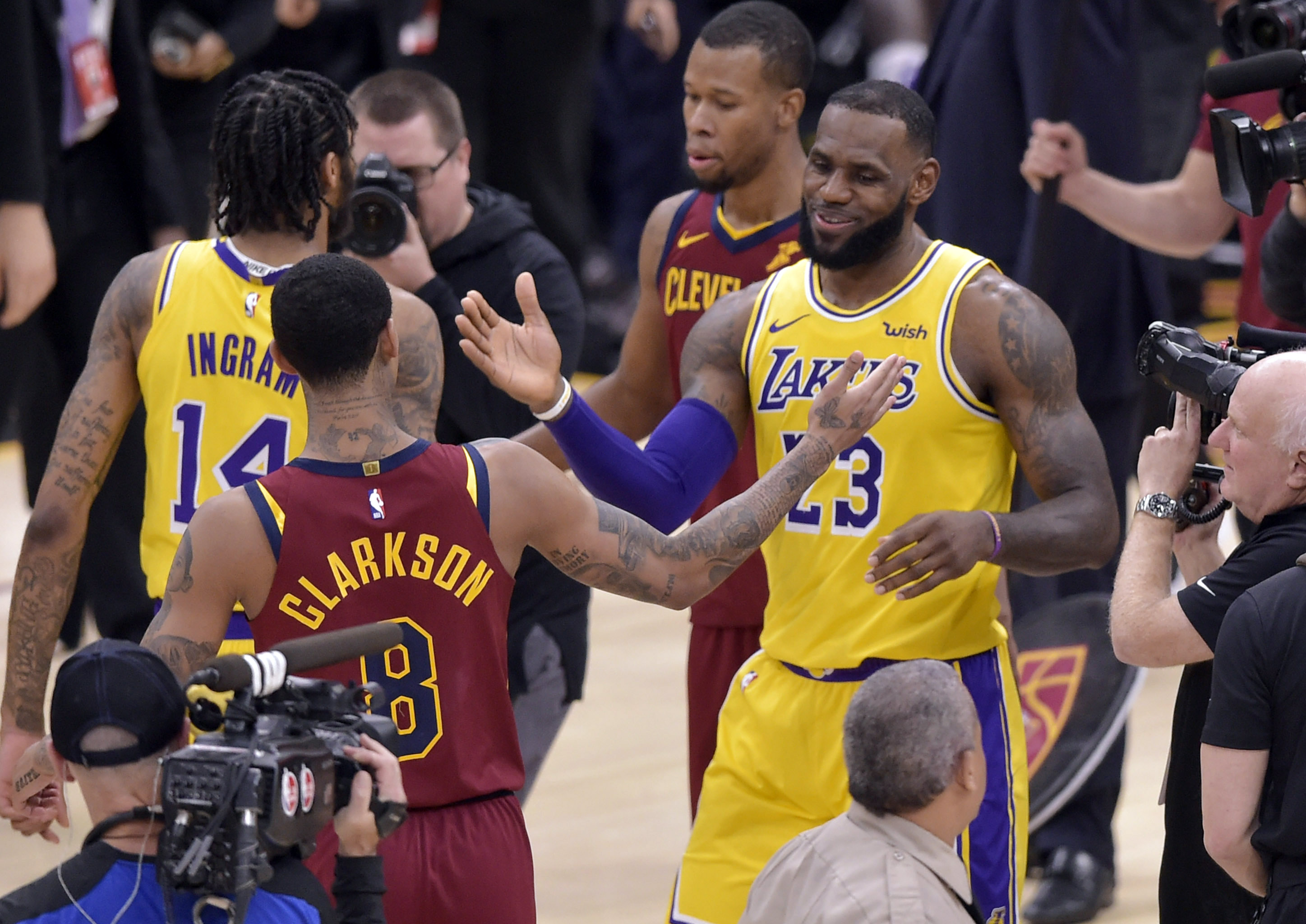 Portland- Cavs fans could tell early on how this one was going to go. Cleveland jumped out to a quick 4-0 lead, before a pair of Damian Lillard threes.

A combination of Lillard and Jusuf Nurkic were too much for the Cavaliers, as they fell 129-112. The Portland big man recorded his first career triple-double with 10 points, 10 rebounds and a game-high 10 assists.

Lillard knocked down a game-high four threes on his way to a game- high 33 points. The Blazer point guard wasn’t the only Trail Blazer feeling it Wednesday, as the entire roster seemed to have the Cavs number.

Cavaliers guard Rodney Hood had high praise for Portland after the game. ”They’re just a well-oiled machine,” Hood said about the Blazers. ”When I was playing with Utah I played against these guys four times a year. They know what they do. They know what they want to accomplish. They have probably the best scoring backcourt in the league.”

The Portland Trail Blazers and Cleveland Cavaliers made a little bit of NBA history Wednesday night. The two teams combined for only seven turnovers, the lowest since the league started keeping track in 1970-71.

Despite only having three turnovers the entire game, the Cavaliers still trailed by as many as 21 in the second half. One of the biggest reasons the Cavs couldn’t keep up, was Portland’s success from three. The Trail Blazers shot 55-percent from distance, making 16 threes. Cleveland on the other hand only shot 19 threes, making just six of them.

Hood was the Cavaliers second leading scorer Wednesday, scoring 20 points. The only Cavalier to score more was the man who has been Cleveland’s best scorer all season, Jordan Clarkson. The Cavaliers sixth-man scored 22 points and fished out three assists.

While the Cavs have now lost 13 of their last 14, there have been a few bright spots.