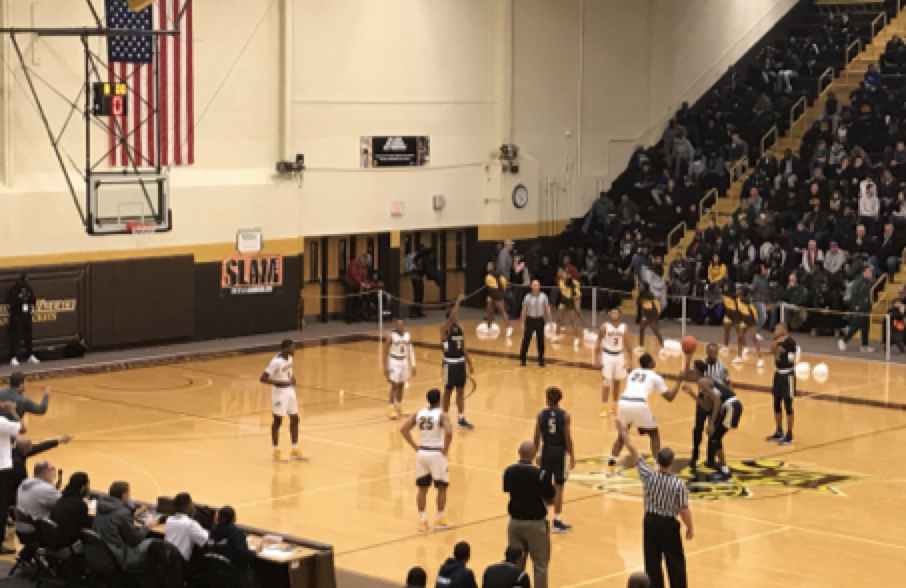 Heading into Sunday’s game against Garfield, not many people gave the Brush Arcs a chance against a team like Garfield. They proved to handle the pressure Garfield presented Sunday as they shocked everyone in Rudolph Unsprung Gymnasium.

It was sophomore John Hugley that would make his presence known down the stretch to help Brush pull off the upset, both on the offensive and defensive ends of the ball.

“Man, something I’ve never seen before,” junior guard DJ Dial said about Hugley’s performance. “I trained him the whole week to be the aggressor. It worked and we had them shook.”

Although Hugley got MVP honors, it was a total team effort to take down the top-ranked Bulldogs. DJ Dial contributed with 12 points, Tyler Williams had 11 and Andre Harris scored 10 points. Deion Burton led the Arcs on the offense end as he had a team-high 15 points.

Heading into the season, Brush head coach Chet Mason knew his team would be pushed all season long thanks to a tough schedule. After a marquee win Sunday, he feels like his team is ready for any opponent he faces from here-on-out.

“I’m not going to let them take steps back,” he said. “ I always say coaches win in practice and players win on the floor. We are going to do our part to win practices so these guys can be ready to perform like that on the floor.”

Garfield would control the game early on thanks to the hot start from senior Alex Heath. Turnovers and sloppy play headlined the first half of the Arcs as they trailed 39-28 at halftime.

The fourth quarter would be a battle for both teams. In a back-and-forth game, the winner was determined in the closing seconds. Late free throws from Dial gave the Arcs a three point lead with three seconds left. Meechie Johnson would get the inbound pass and throw up a desperation 3-pointer that would fall just short of the rim.

“It was a good win for us,” Dial said. “we train to win these big games. All credit to coach Chet, he prepared us well.”

Alonzo Gaffney would lead Garfield as he had a game-high 16 points. Alex Heath had 15 points with TajMaal Toney-Gates contributing 10 points as well.

The loss now puts Garfield at a record to 7-1 on the season. Up next for Garfield is a matchup against Western Reserve Academy on Thursday night.

The win improves the Arcs to 7-2. They will look to continue their streak on Tuesday night as they host Mayfield.