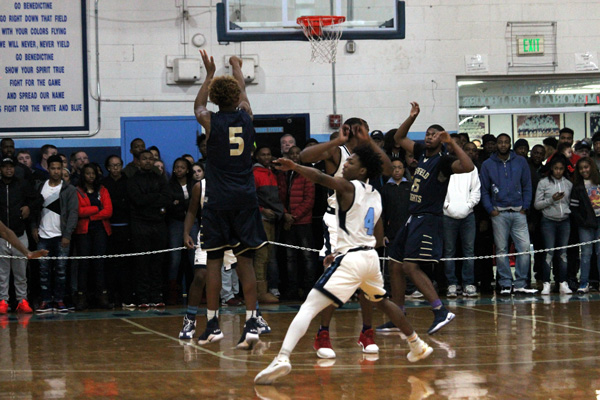 CLEVELAND– Two of Northeast Ohio’s top teams gave the crowd a show tonight when Garfield Heights (3-0) met Benedictine (0-1) in front of a sold out standing room only crowd. Garfield Heights got off to a great start in the first quarter before an injury to junior Brison Waller.

In the first half, Meechie Johnson erupted from distance hitting six 3s in the first half and going for 26 points to give Garfield a 50-37 lead at the half. Not to be out done, Benedictine junior Davin Zeigler stepped to the challenge to try to keep pace with Johnson with his aggressive and impressive game.

Zeigler lead the Bengals with 32 points and two impressive dunks on the night. The Bengals got it down to two with the Bulldogs when it was 82-80. Once again, Johnson stepped up in the fourth from the free throw line to help seal the victory for Garfield Heights by going 6-for-6 from the charity stripe. He went 10-for-10 from the free throw total during second half.

Notes: Meechie Johnson went for his uncle and head coach Sonny Johnson’s Garfield Heights School record of 52 points. The elder Johnson set the record during his senior season when he went on to win the 1998 Ohio Mr. Basketball Award.

Meechie Johnson Jr. is only a freshman in his third high school game. Johnson hit eight 3s and was perfect from the free throw line going 10-for-10 on the night. In addition, GlenOak alum and NBA Star CJ McCollum of the Portland Trailblazers commented on Twitter:

The last of my records will be broken before he graduates https://t.co/NRNN1aCyyP

Click through the Opique photo gallery for highlights from the game: 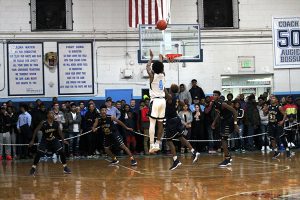