One last Dance in Cleveland for Dwyane Wade, Cavs Host Heat at the Q 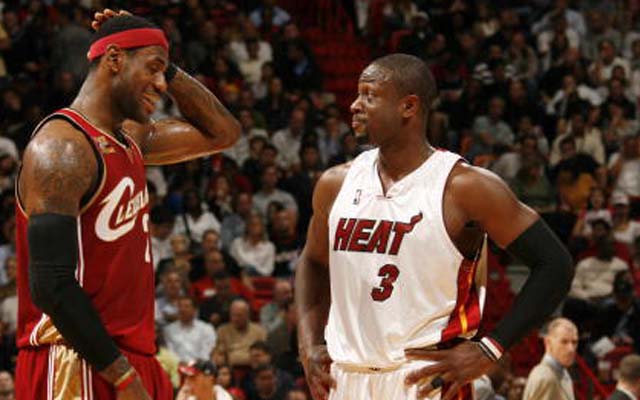 The Cleveland Cavaliers host future Hall of Famer Dwyane Wade and the Miami Heat Friday night, in what will be Wade’s last game in Cleveland.

It has been known much of this season that Wade is planning on retiring at seasons end. Cavaliers fans did not get to see Wade play the last time Miami was in town, as the shooting guard was injured.

The Heat however did not need Wade that night, as they won by 25 points. Miami has won both matchups this season, both coming via blowouts.

Coming into Friday, both teams are on losing streaks, Miami has lost two in a row, while Cleveland has lost give straight.

In the Cavs last game out, they suffered a 123-103 loss on the road in Boston. Bright spot from the loss was Cedi Osman scoring a career high 25 points. Osman is one of the players the Cavaliers would like to build around going forward, so his progress is important this season.

This season has been an up and down one for Osman, as he’s being asked to do too much. Osman still has a ways to go on the defensive end, but shows the tools to improve defensively.

Miami is currently in the eighth and final playoff spot in the Eastern Conference, despite losing two straight. One of the reasons they’ve struggled lately is turnovers. Averaging 14.9 turnovers per game, Miami is in the bottom third of the league.

The Cavs will have to capitalize on the Heat weaknesses in order to make this one a game. The possible return of Larry Nance Jr should help Cleveland, considering Nance is active on defense.