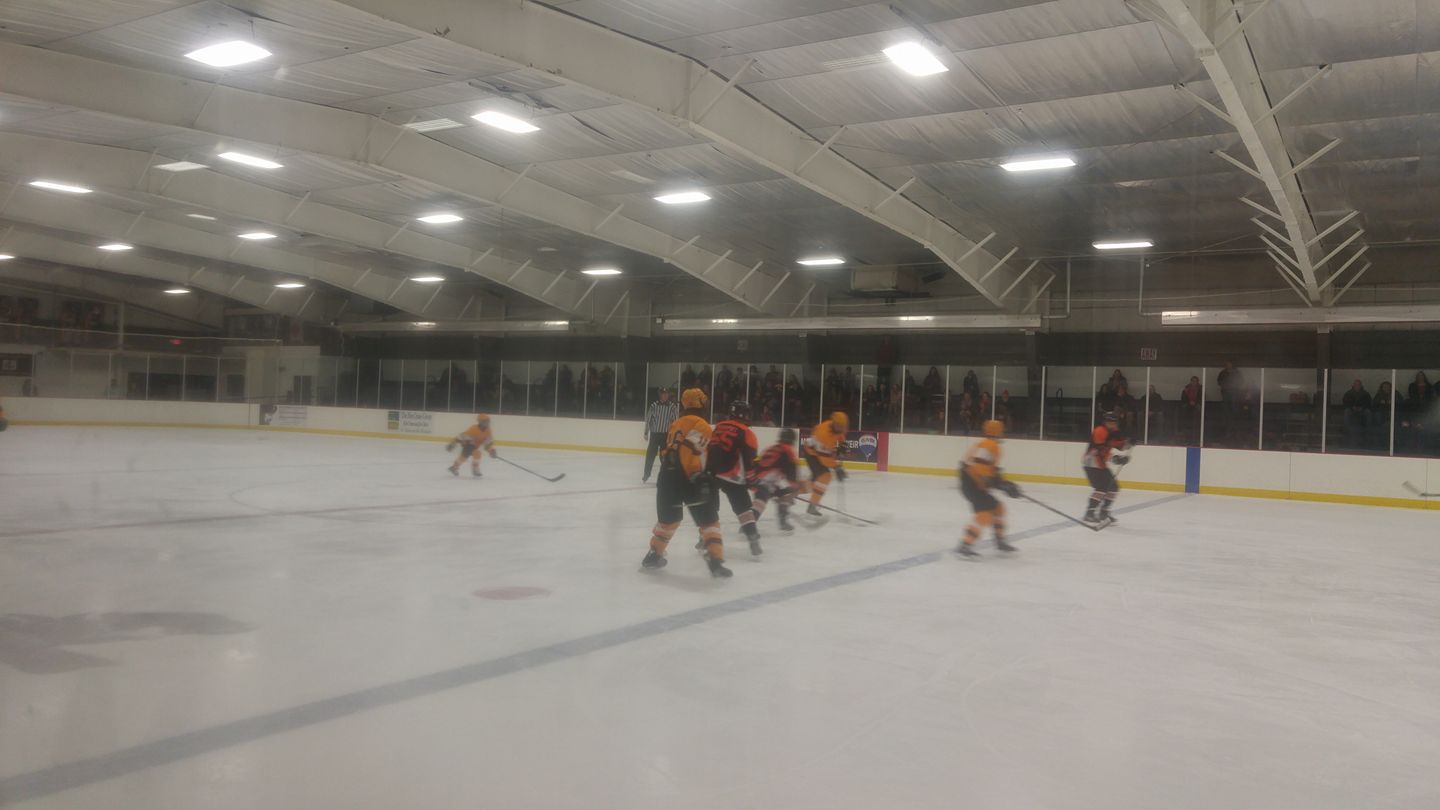 ROCKY RIVER – In a game filled with feisty play on both sides of the ice, it was young Connor Koncelik stealing the show with another huge Hat Trick as Avon Lake rolled to a 11-2 victory over North Canton Hoover.

North Canton didn’t have an answer for the blitzkrieg of goals put on by Avon Lake all game long.  Joining Koncelik with two goals each, were Tommy Kacmarcik, Patrick Graney and Jared Aslaksen.  The Shoremen got pulled into some rough play at times as both teams were called for double roughing calls several times. However, the Shoremen kept their composure long enough to cruise to the easy win.

It was an interesting game to say the least.  After jumping out to a 2-0 lead less than 6 minutes into the game with quick goals by Matt Tomaselli and Murphy Mohar, Avon Lake cooled off a little bit and actually looked sluggish at times.

That one goal from Murphy seemed to do more to motivate Avon Lake then it did his own team however, because from there, it was all Shoremen.  Avon Lake would spend the rest of the game scoring at will.  Four in the second period, then five more in the third period.

With the combination of Koncelik, Graney and Kacmarcik, this Shoremen team is hard to beat.  When they are focused, rested and attacking, there is no one in the SWC that can hang with them.

Despite all the penalties, most of them were double calls, thus the game only saw powerplay.