Ohio State And The NFL Draft: How Rookies Performed In 2019 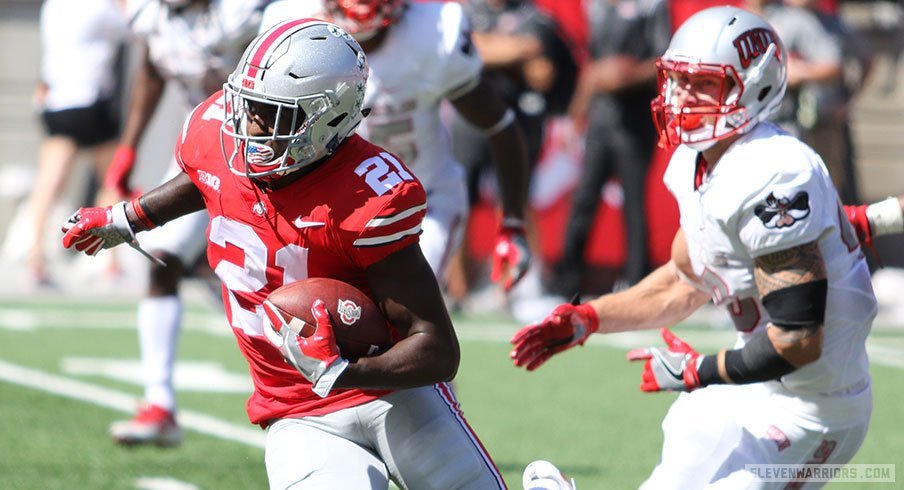 There were 52 former Ohio State Buckeyes players on the NFL roster in 2019 with 44 of those being actively involved for week one of the regular season. The 2019 NFL draft was particularly fruitful for Ohio graduates with seven players earning picks and several going on to play a major part in memorable campaigns for their respective teams.

With the 2020 season on the horizon, punters now have a wide range of sports apps to choose from to keep a close eye on players that could change games and push the teams that select them to a potential Super Bowl LV appearance. Here is a recap of how each former Buckeye performed during their rookie season.

Nick Bosa was the standout Ohio State graduate during the 2019 NFL season. The 22-year-old signed a $33.5m deal to join the San Francisco 49ers in July last year after being drafted as the second overall pick. Bosa went on to feature in all 16 regular season games and three post-season games as the Niners advanced to Super Bowl LIV before finally being defeated by the Kansas City Chiefs.

Bosa excelled as a Defensive End and even recorded a memorable strip sack on Chiefs’ quarterback Patrick Mahomes in Miami. The Florida-native ended his rookie season with an impressive record of nine sacks and 47 tackles – and added a further four sacks and 15 tackles in the postseason. The displays earned Bosa the AP NFL Defensive Rookie of the Year Award.

Dwayne Haskins was drafted as the 15th pick in the first round by the Washington Redskins, penning a four-year rookie contract in early May. The 22-year-old quarterback made his debut game in week four, but it was not one to remember as the Redskins went down 24-3 to the New York Giants.

Haskins’ first career start also ended in defeat to the Buffalo Bills, and he had to wait until week 12 to record his first victory with his 156 passing yards and 28 rushing yards helping the team to a narrow 19-16 win over the Detroit Lions. He ended the season with a record of 1,365 yards and 119 pass completions from nine games and seven starts.

The 59th pick of the NFL Draft was Parris Campbell, who joined the Indianapolis Colts. The 22-year-old had a mixed rookie season after sustaining a broken hand early on and then a broken foot in December. Campbell still managed to feature in seven games during the regular season, making 18 catches for 127 yards as a wide receiver. He also scored a touchdown against the Tennessee Titans.

Dre’Mont Jones was a third-round draft pick by the Denver Broncos. While he did not hit the same heights as Bosa during his rookie season, the 23-year-old still had standout moments including a sack on Kirk Cousins during a 27-23 loss to the Minnesota Vikings and another takedown of David Blough in a 27-17 win over Detroit. Jones was named the AFC Defensive Player of the Week following that performance.

Like Haskins, wide receiver Terry McLaurin also joined the Redskins as a third-round pick and 76th overall. The 24-year-old made an explosive start with five catches and a touchdown in his first three NFL games, a record that has not been matched by any other player in league history.

McLaurin built on that early momentum and eventually closed with seven touchdowns and 919 receiving yards from 58 receptions, which was enough for him to feature in the PFWA All-Rookie Team. McLaurin’s 75-yard touchdown against the Philadelphia Eagles in week 15 was particularly memorable.

23-year-old Kendall Sheffield was a fourth-round draft pick for the Atlanta Falcons, making his debut in week two in a 24-20 win over the Eagles. The cornerback was a mainstay in the team during the 2019 season with 16 games and 11 starts. He finished with 46 tackles, three pass deflections and one forced fumble.

Sixth-round selection Isaiah Prince went on to start two games and play in four games overall for the Dolphins before being waived in early December. The Bengals signed him up soon after but did not call him into action during the remainder of the season.

Mike Weber was a seventh round draft pick for the Dallas Cowboys but didn’t make the 53-man roster. He was, however, retained on their practice squad. Following the expiration of that contract, Weber joined the Kansas City Chiefs in January but he did not make any appearances as his team went on to Super Bowl success.