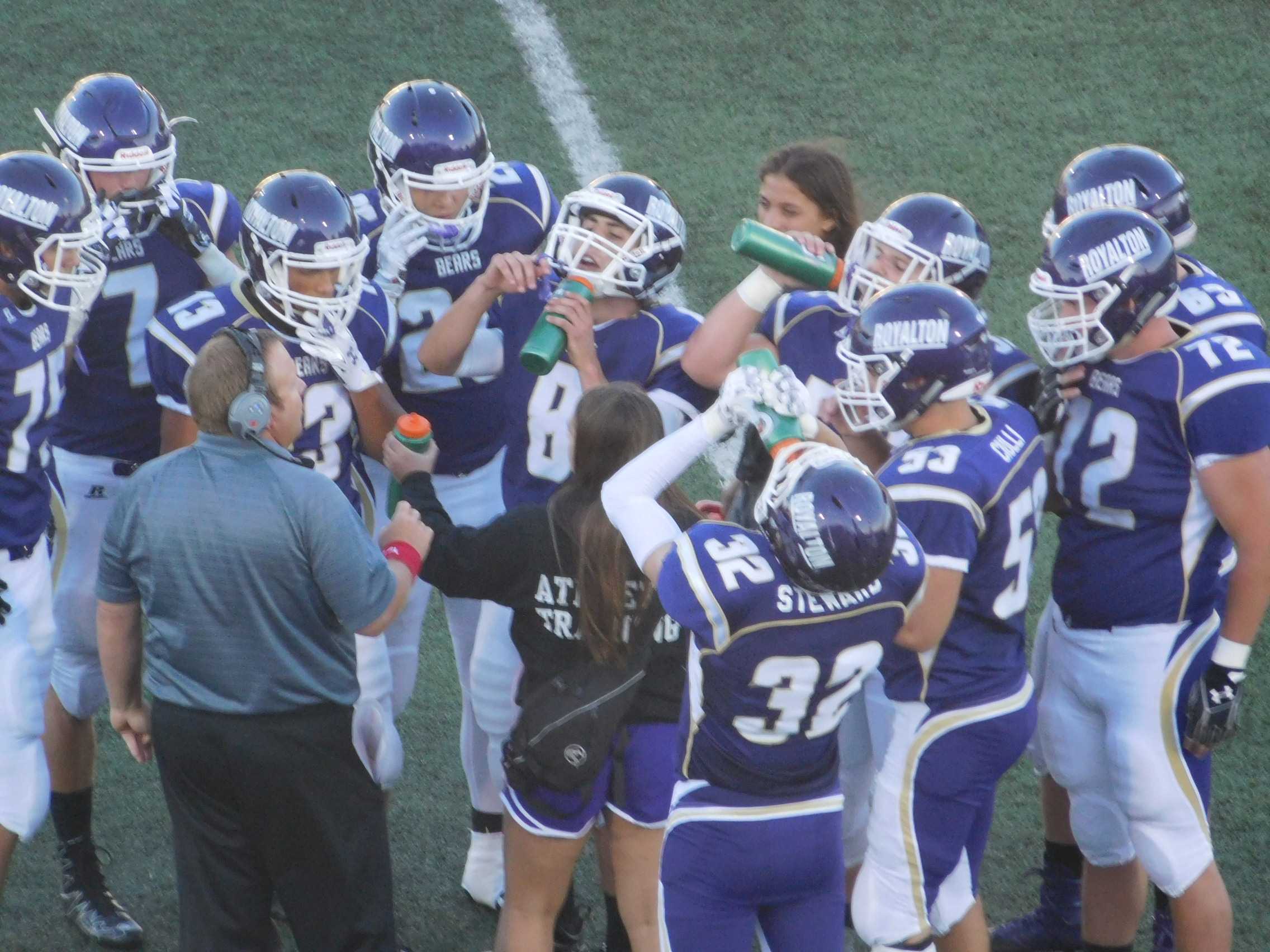 North Royalton hosted rival Brecksville-Broadview Heights High School for the annual battle for the “The Golden Shoe” trophy. The Bears won the wild game 42 to 41and held off a furious rally from the Bees who scored 3 touchdowns in the last 5 minutes. Joey Marousek led the way with 5 total touchdowns, 3 rushing and 2 passing. The Defense made the play of the day stopping the Bees on a 2 point conversion with 37 seconds left to take home “The Golden Shoe”.

The Bears offense struggled in the first quarter and punted the ball twice. The Bees scored first to take a 7 to 0 lead with a 19 yard TD run.

In the second quarter, the Bears offense started rolling and scored twice with a 2 yard TD run by Joey Marousek and a 69 yard TD run by Riley Knurek. The halftime score was the Bears 14 and the Bees 14.

The Bears started the fourth quarter with a 15 play 6 minute drive that ended with a 3 yard TD run by Marousek on fourth down to give the Bears a comfortable 35 to 21 lead with 6 minutes to go in the game. The Bees would not go down without a fight and scored on 2 straight possessions to tie the game at 35 with 1:57 to go in the game.

Kmetz returned the ensuing kickoff 45 yards to give the Bears great field position. Marousek took over and ran the ball for 27 yards and then 7 yards for his third TD of the game. James Osbourne converted his 6th extra point of the game to give the Bears a 42 to 35 lead with 1:36 to go.

The Bees once again would not go down without a fight and drove right down the field and scored with 0:37 seconds left. The Bees decided to go for 2 points and possible a victory. The Bears defense stood their ground and stopped the Bees quarterback at the 1/2 yard line to keep the 42 to 41 lead. The Bees then went for an onside kick. Kmetz caught the bouncing onside kick, was tackled hard and a pile up ensued due to what appeared to be a fumble, but Kmetz came out of the pile up with the ball. The offense set up the victory formation to run the clock out. The celebration began as the Bears won “The Golden Shoe” for the second year in a row.