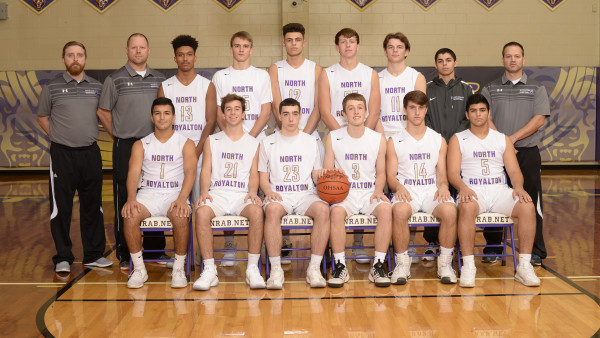 On Friday, December 1st, the North Royalton Boys Varsity Basketball Team opened their 2017-2018 season at home against North Omsted High School. This was a back and forth game between two evenly matched teams.

North Olmsted was led by Junior Jack Kelly with 25 points who was a train going to the basket for layup after layup. Jordan Garland backed up Bunsey with 18 points. Also scoring for the Bears were Christian Limer with 7 points, Brandon Bielak with 6 points, Omar Abuhamdeh & Elijah Mave with 3 points each, Akram Abuhamdeh with 2 points and Adam Barrett with 1 point.

Come cheer the Bears on as they travel to Stow-Munroe Falls High School on Friday, December 8th at 7:30 PM. GO BEARS!!