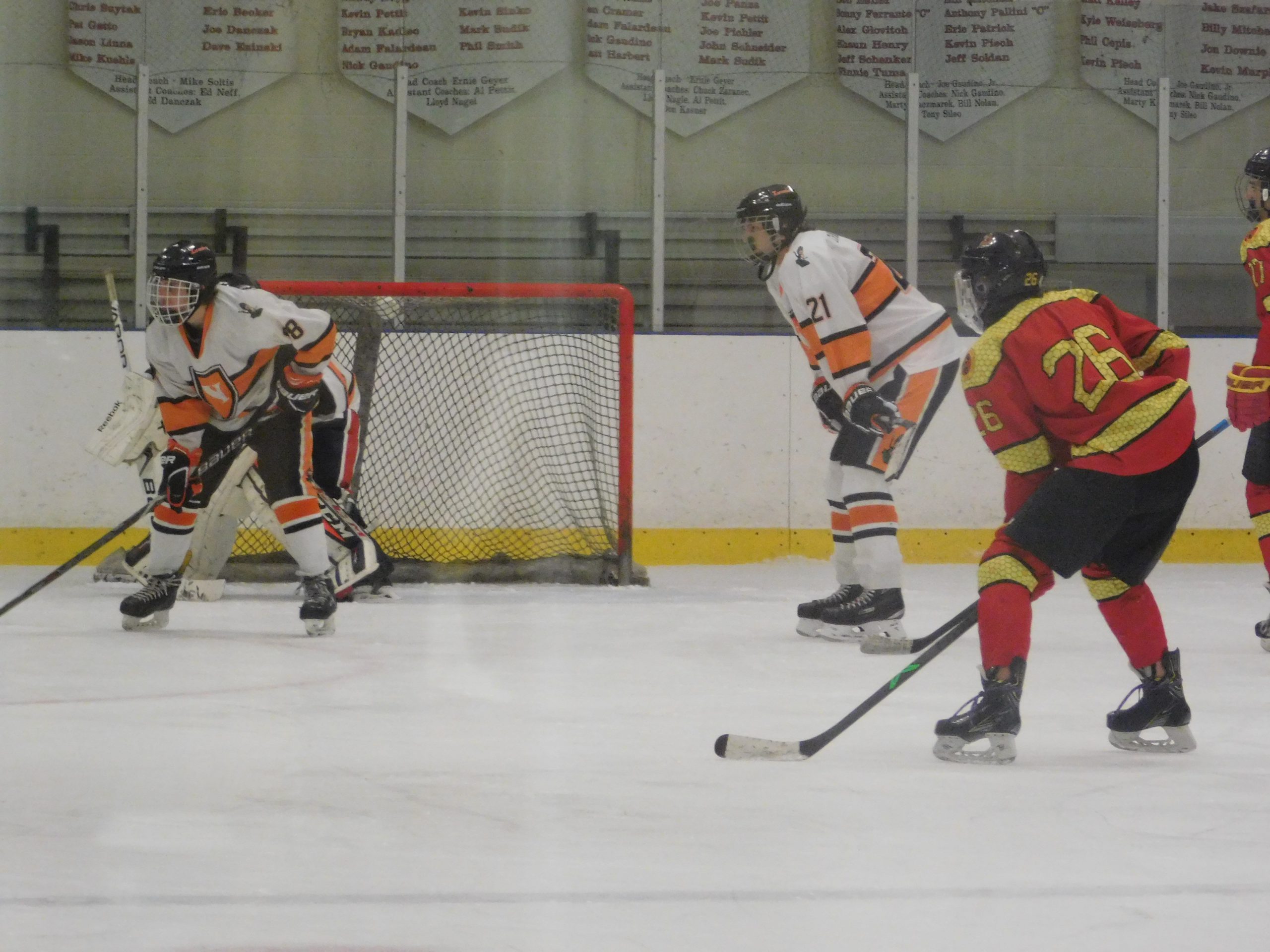 PARMA, OHIO – The Normandy Invaders improved to 3-1 on the young season Tuesday night at home against Brecksville, skating to a solid 10-1 victory.

The Invaders, in the Blue North Division of the GCHSHL, have outscored their opponents 24-6 in their first four league games to start the season.

Normandy was led by Tyler Beck, who scored twice and added an assist in the victory.

Lucas George scored the games’ opening goal for the Invaders on a power play and added a pair of assists in the win.

The Bees, coming off a Sunday win over NDCL, fall to 1-3 in Blue North play this season.

They got a power play goal from captain Creighton Hudock to draw the Bess to within 2-1 with 5:27 to play in the first period.

The Invaders closed out the period strong, getting another goal to make it 3-1 as Beck scored the first of his two goals on the night.

After the break, Beck scored again to make it 4-1 with 13:35 to play in the second period, and then flood gates opened for Normandy with four more goals.

They got two goals in the period from Jason Perchala, and Ethan Corlette and Cody Titlenot also lit the lamp for the Invaders.

After two periods and the Invaders leading it 8-1, they had outshot the Bees 41-3.

Normandy again lit the lamp early in the third, as Jared Crawford found the back of the net, with Perchala collecting the assist to make it 9-1 with 13:32 to play.

The period got chippy and both teams had multiple penalties and there was one ejection on the Bees side with 3:26 to play as a skirmish broke out in the Bees end.

Play was stopped for about five minutes while the officials David Kysela and Troy Grahl sorted things out allowing cooler heads to prevail.

Invader Logan Geroge got in the scorers’ book as he found the back of the net with an unassisted goal with just over a minute left to end the night with Normandy’s 10th goal.

The Invaders ended the victory outshooting the Bees 47-6.

Bees goalie Justin Blauman pushed back 37 shots in the setback for Brecksville.

Normandy goalie Derek Bitliter made five saves in the victory for the Invaders.

Click the Pages for Some Pics of the Action Between Brecksville and Normandy!