Normandy Football Improves to 2-0 With Shutout Win Over Lincoln West, 34-0 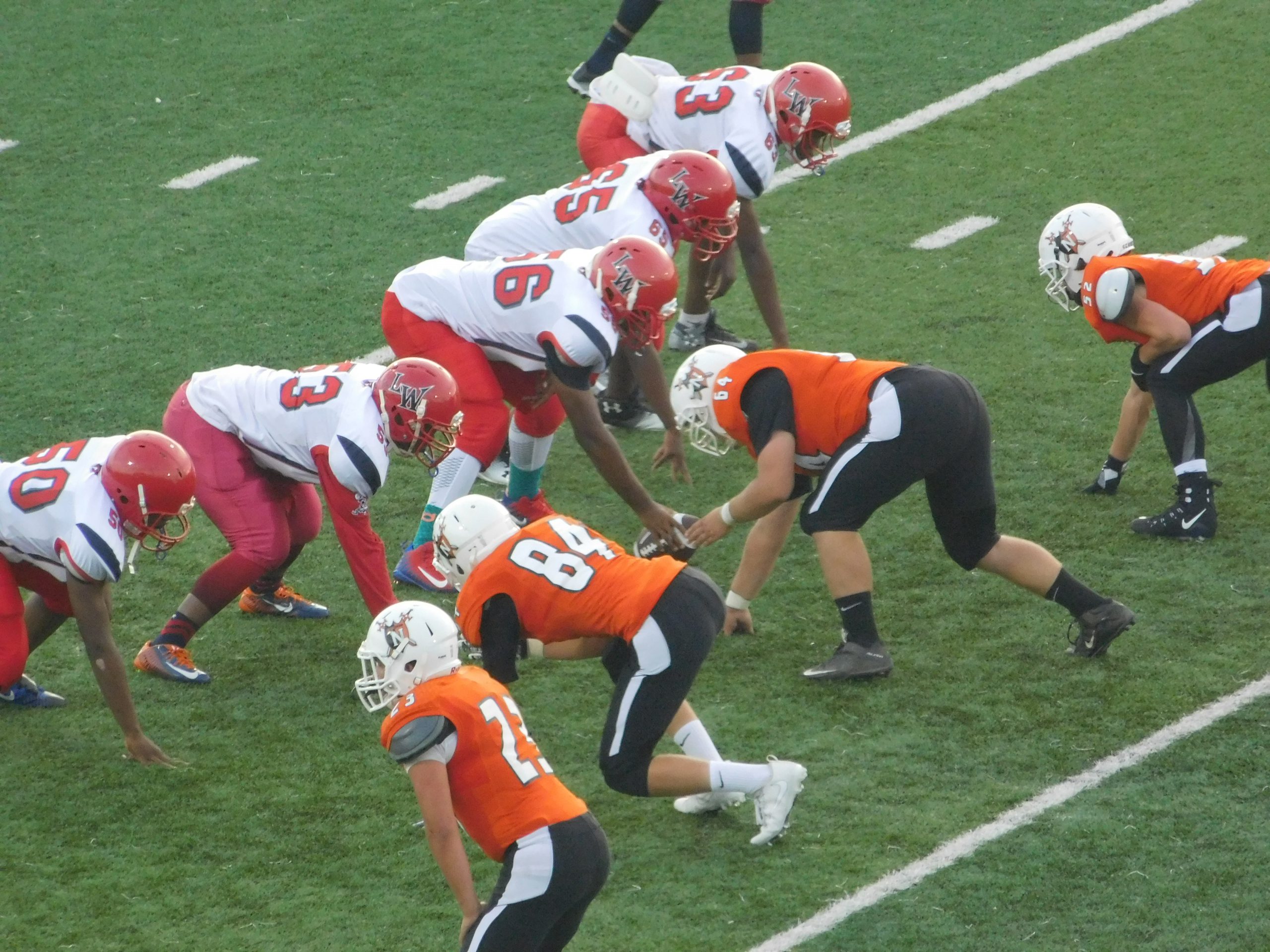 This recap is brought to you by BA Sweetie.  You can visit them on line right now by clicking below.

With the win, the Normandy Invaders improved to 2-0 for the first time since 2007.

In the first quarter, Normandy drove inside the five yard line before Dengler’s pass was intercepted by freshman cornerback Devon Lane.

However, it took only one play before Normandy was able to put points on the board. On the ensuing possession, starting on their own two yard line, Lincoln West quarterback Jar’hod Wilson fumbled the ball, and it was recovered in the end zone by Ashe to put the Invaders up 7-0.

The Invaders put points up in bunches during the second quarter. On the first play, Ashe would recover another fumble in the end zone to increase the Normandy lead to 14-0.

But the aggressive Normandy defense quickly drove Lincoln West backwards in a hurry, as they lost 20 yards in two plays. On the ensuing punt, John Ashe returned the ball 35 yards, and the Invaders would cap off the short drive when Dengler hit Neno Czerwinski from 21 yards out to increase the Invaders lead to 21-0.

The defense made it stand from there, and the Invaders improved to 2-0 for the first time since 2007. Dengler and AJ Leslie, the lone seniors for the Invaders, were excited at the great start to the season.

“It’s a great feeling. It’s different from last year. We got the W today, but a lot of improvements need to be made.” said Dengler. “As long as we keep working at it, we can keep our momentum up.”

“So much intensity out on the field. Everything is amped up and incredible.” Leslie said.  “Our schedule gets harder and harder, so we just have to keep improving.

Dengler went five for seven for 57 yards through the air and a touchdown and interception. His favorite target was junior Czerwinski, who caught three passes for 27 yards and a touchdown.

It was a tough game for Lincoln West, who had a grand total of -90 offensive yards, and didn’t get a first down until less than a minute remaining in the ball game. There were a couple of bright spots for the Wolverines, though.

The defense made two red zone stops, early in the first and late in the fourth quarter. One drive was ended by an interception, and junior Chase McMichael and Cortez Robinson each had three tackles, and McMichael had a fumble recovery.

“We have a lot of young players and they’re learning the game and tonight was a learning lesson again. We’re gonna keep working, keep our chins up, and wait for our next opponent and go at them again.” said Lincoln West head coach Ron Schroth.

The Invaders junior is listed as ‘athlete’ on the teams’ roster, and he was all that and more in the week two win over the Wolverines on Thursday night.

Ashe had two fumble recoveries for touchdowns, and was one of the top playmakers all night for Normandy as they held Lincoln-West to minus 90 yards in the win. Ashe would have had a third TD but it was called by via penalty.

Nevertheless, he was a big reason behind the Normandy victory and he’s a big reason the team is 2-0 for the first time in a decade.

Here’s a photo gallery from Byers Field as the Invaders and Wolverines went at it in exciting week two action.

Full Slate Of Games NEOSI To Cover First Hand This Weekend!
Listen to AM 930 WEOL for 3 Matchups For Week 2 HS Football Tonight – Links to Games HERE!