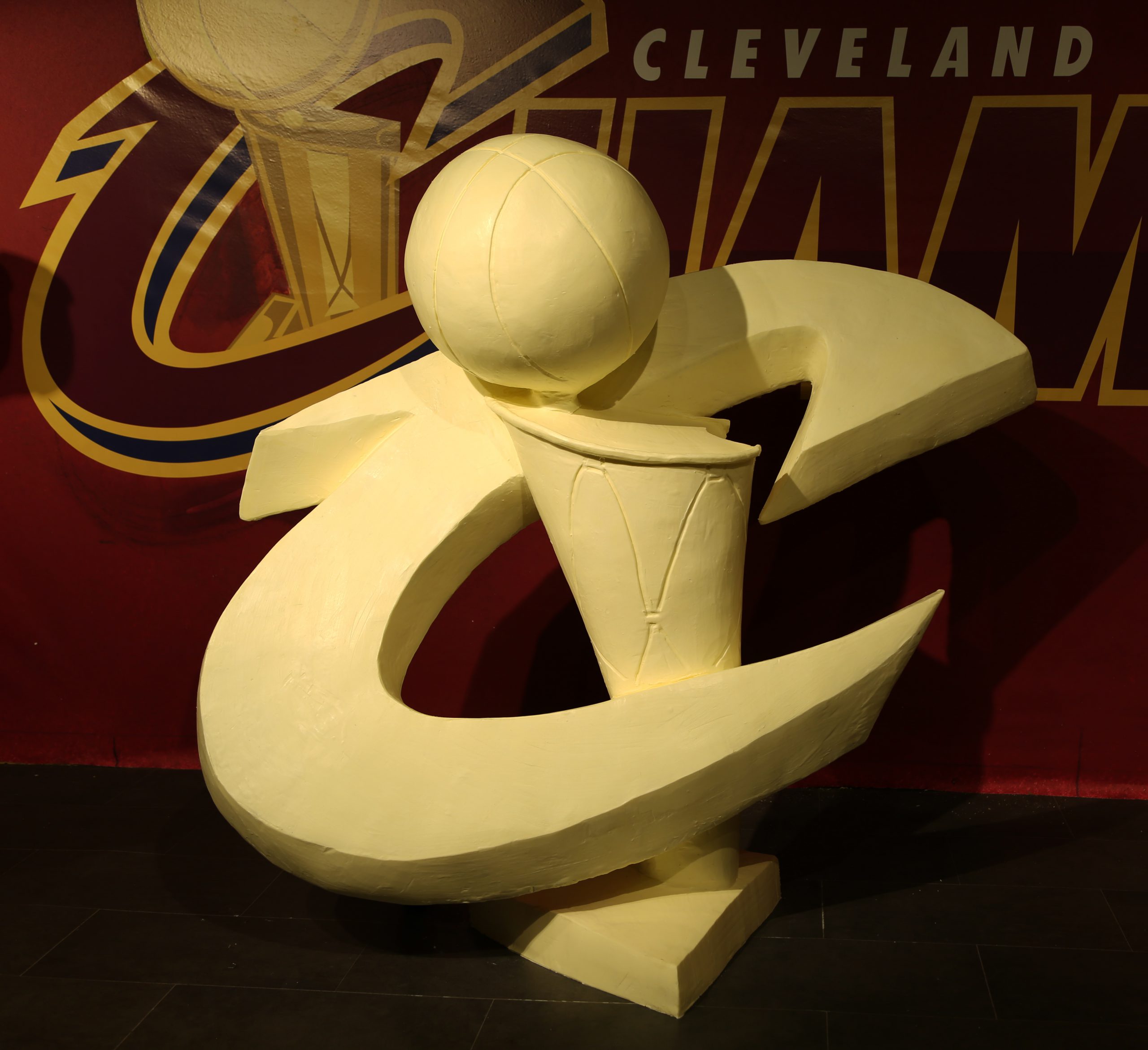 COLUMBUS – How many people want their nickname to be butter because they are on a roll. The Cleveland Cavaliers can now say that literally.

For the second year in a row an Ohio sports team will be honored at the Ohio State Fair for winning a championship. The Cleveland Cavaliers will be immortalized in butter along with the traditional butter cow and calf.

The Cavaliers display consists of the Cavaliers “C” logo with the Larry O’Brien trophy along with the team mascots Moondog and Sir C.C.

The display is located in the Dairy Products building of the Ohio Expo Center. The building is open from 9 a.m. to 9 p.m. The Ohio State fair opens on Wednesday and runs through August 7.
Last year the Ohio State Fair honored the inauguraul College Football Playoff champion Ohio State Buckeyes as its butter statue display.

The Cavaliers won its first championship in franchise history on June 19 with a 93-89 victory over the Golden State Warriors in game seven of the NBA Finals. The victory ended Cleveland’s 52-year drought since its last major professional sports championship.

*All photos courtesy of the American Dairy Association Mideast.* 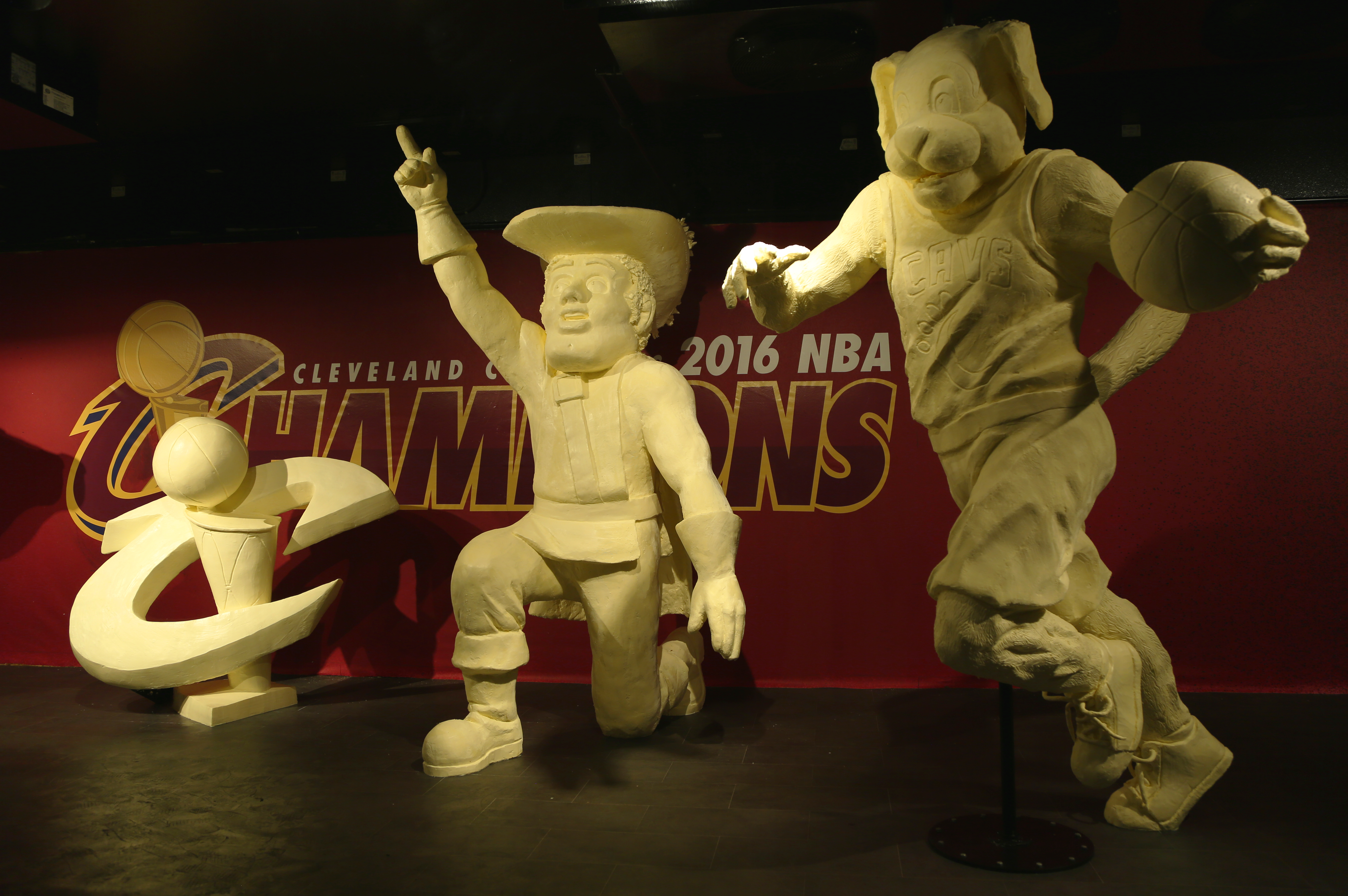 At this year`s Ohio State Fair, the American Dairy Association Mideast pays tribute to the 2016 Cleveland Cavaliers. In June, the team rallied from a 3-1 deficit to win the NBA championship. 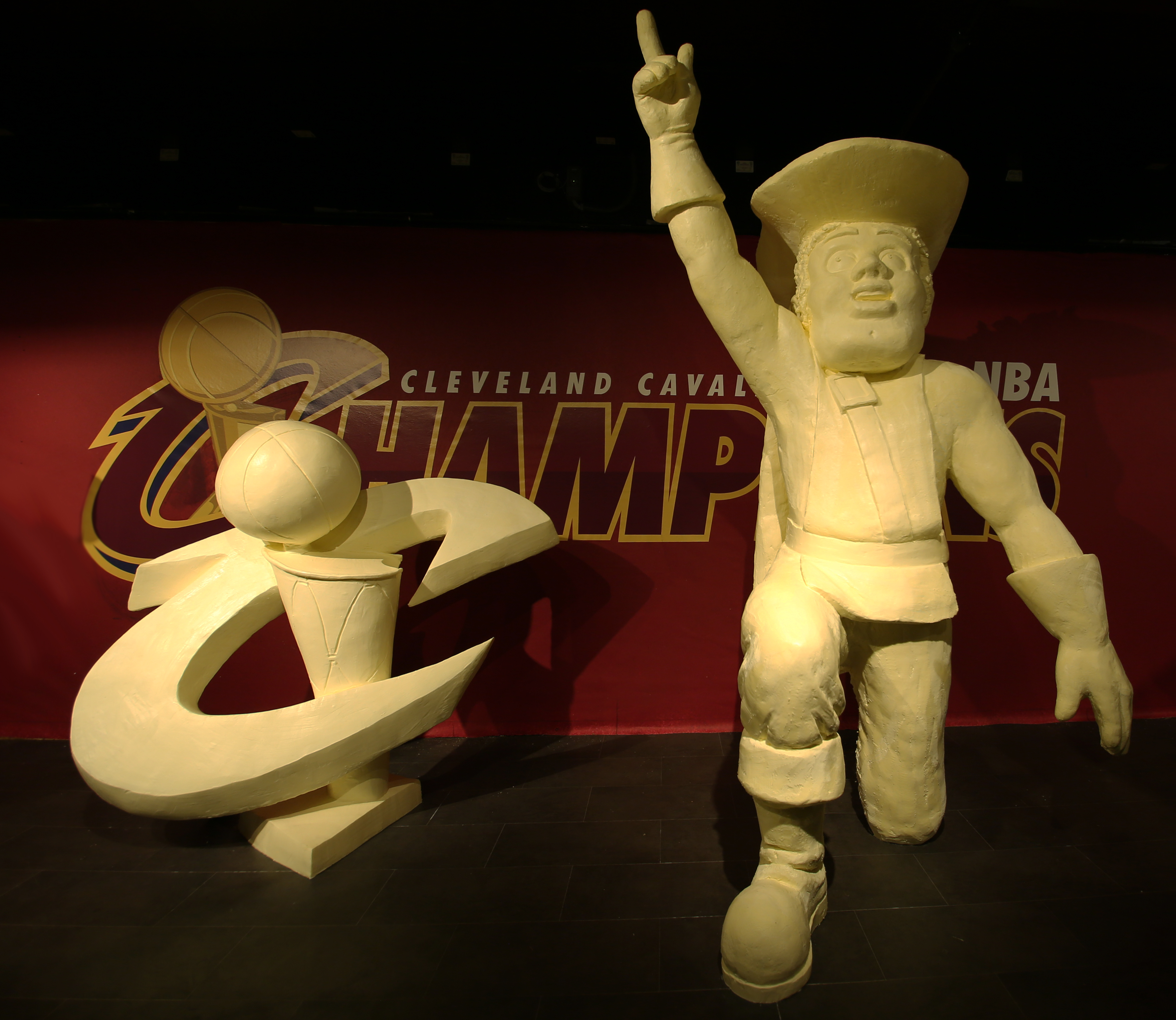 Each year, the American Dairy Association Mideast chooses a butter display theme that honors Ohio`s history and culture. This year, they celebrate the historic victory of the Cleveland Cavaliers.