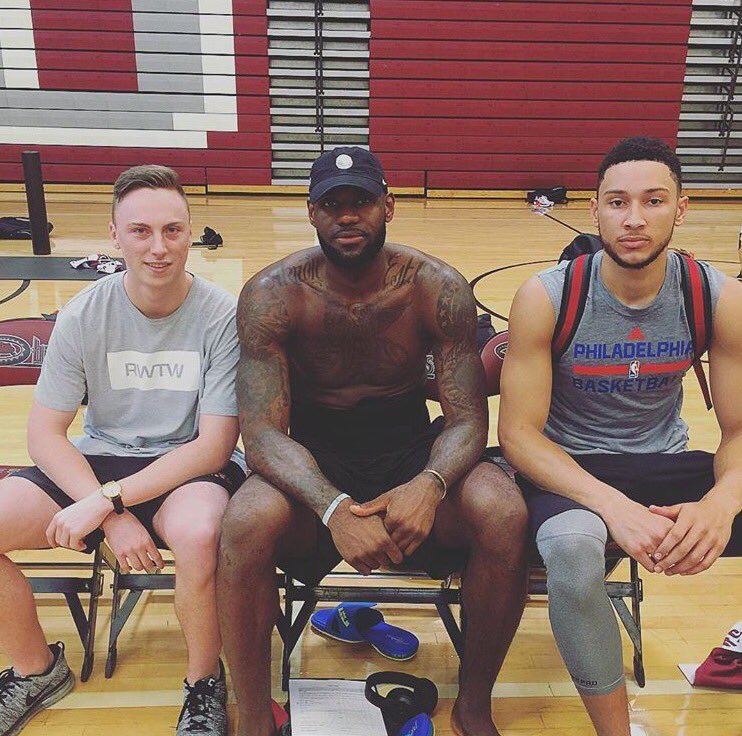 In a summer when reporters and analysts from coast to coast are busting out their theories about LeBron James leaving Cleveland roughly one year from now, another candidate threw his theory into the ring.

Joe Giglio of NJ.com wrote an article Tuesday, “connecting dots” that he believes point to LeBron joining the Philadelphia 76ers in 2018.

He cites Philadelphia’s three No. 1 overall picks (Markelle Fultz, Ben Simmons and Joel Embiid) along with their available cap space to spend big money on free-agents in 2018 as major reasons for the team’s case to land James.

Fultz and Simmons have yet to appear in NBA games. Embiiid and Simmons both have well-documented injury histories up to this point of their NBA careers.

LeBron and Simmons worked out together recently and share Rich Paul as an agent at Klutch Sports – an agency that LeBron essentially helped his close friend build.

Simmons tweeted a “cryptic” emoji at LeBron on Tuesday. (seriously, this is what we’ve come to, people?)

It’s worth noting that for all of the commentary about how LeBron going to the West would make the road harder on himself, Philadelphia at least makes sense from the standpoint of having easier competition in the Eastern Conference.

This season is sure to feature no shortage of supply on LeBron rumors, so stay tuned and Cavs fans can have the last laugh if he stays.