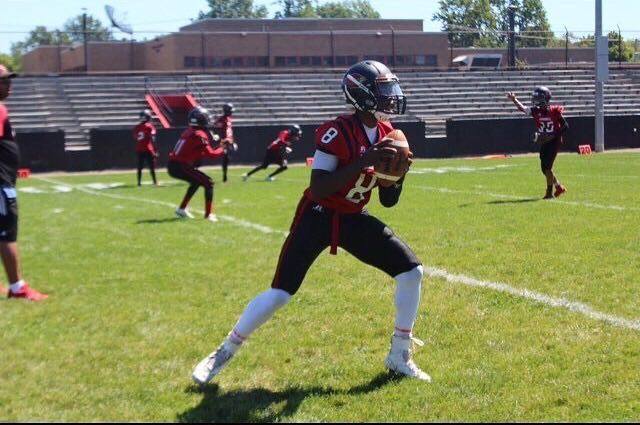 Last week, Shaw’s Junior Quarterback Alejandro Washington put on a show for everyone watching at Byers Field. Washington put up 354 passing yards and 36 yards rushing, to have a combined 390 total yards. Add that up with 5 touchdowns thrown and that makes him our NEOSI High School Football Player Of The Week.

Washington really had the Cardinals rolling all night, as they never lost a lead during the game’s entirety. From 91-yard touchdown passes to the short throws necessary to be a complete player, Washington did everything in his power to improve the Cardinals’ record to 3-2.

After a 39-14 victory, Washington was very gracious and thanked the guys around him.

“People were wide open. They were just leaving holes inside of their defense and thanks to my offensive linemen, I had enough time to drop back and put the ball to my receivers and just let them do the rest.”

Shaw looks for another win this week at Lorain. If you have a chance, go watch this team led by a phenomenal quarterback.