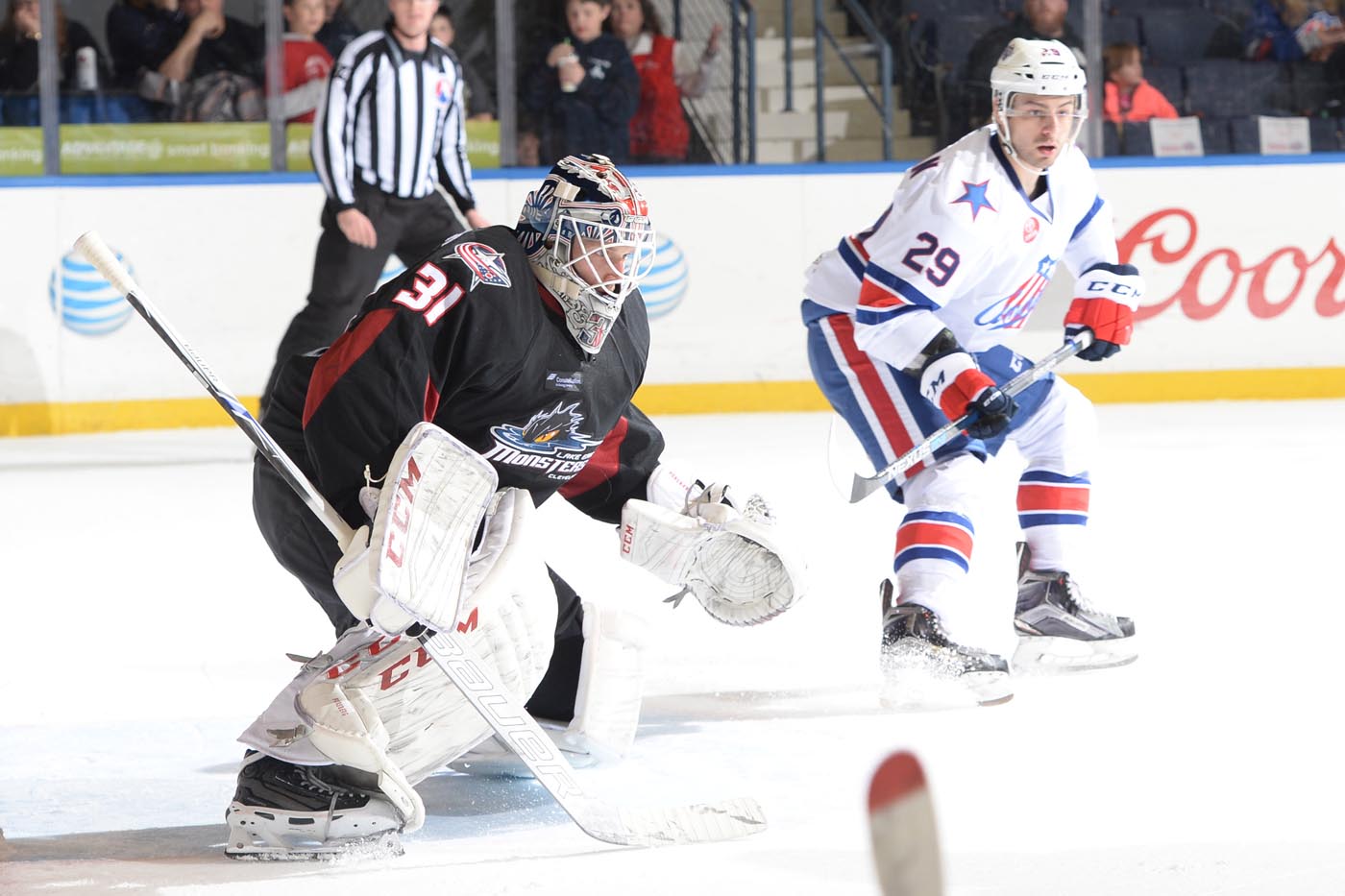 ROCHESTER, NY – In the third of four meetings between the two teams this season the Lake Erie Monsters defeated the Rochester Americans in overtime on Saturday at Blue Cross Arena in Rochester, NY by a final score of 4-3.

With the win, the Monsters improved to 40-21-6-5 overall this season and with a .632 points percentage, remain alone in third place in the AHL’s Central Division standings.

An even-strength goal from Rochester’s Eric O’Dell gave the Americans a 1-0 lead at 10:18 of the opening period before a five-on-five wraparound score from Trent Vogelhuber, assisted by Markus Hannikainen and John Ramage, tied the game at 12:57. The Amerks capped the first frame’s scoring at 17:32 with a Justin Bailey even-strength goal that made it 2-1 heading into the second.

In the middle frame, Rochester’s Nick Baptiste pushed the score to 3-1 Amerks on the power-play at 5:08, but Lake Erie’s leading goal producer, Daniel Zaar, posted back-to-back tallies, from Sonny Milano and Mark Cundari at even-strength at 9:37 and from Alex Broadhurst and Oliver Bjorkstrand on the power-play at 15:14, to tie the game at three.

After a scoreless third period, the Monsters claimed victory at 1:59 of a three-on-three overtime period when Michael Chaput cleanly drew back a right-circle offensive-zone faceoff and rookie Monsters defenseman Zach Werenski pounded home his first professional goal, in just his fourth pro game, to deliver Lake Erie a 4-3 win.

Monsters goaltender Anton Forsberg improved to 22-10-5 in net for Lake Erie this season by virtue of a 28-save performance while Rochester’s Nathan Lieuwen stopped 29 of the 33 pucks he faced in defeat.

Next up for the Monsters, it’s a Sunday rematch vs. the Amerks with full coverage, live from The Q, underway at 5:00 pm