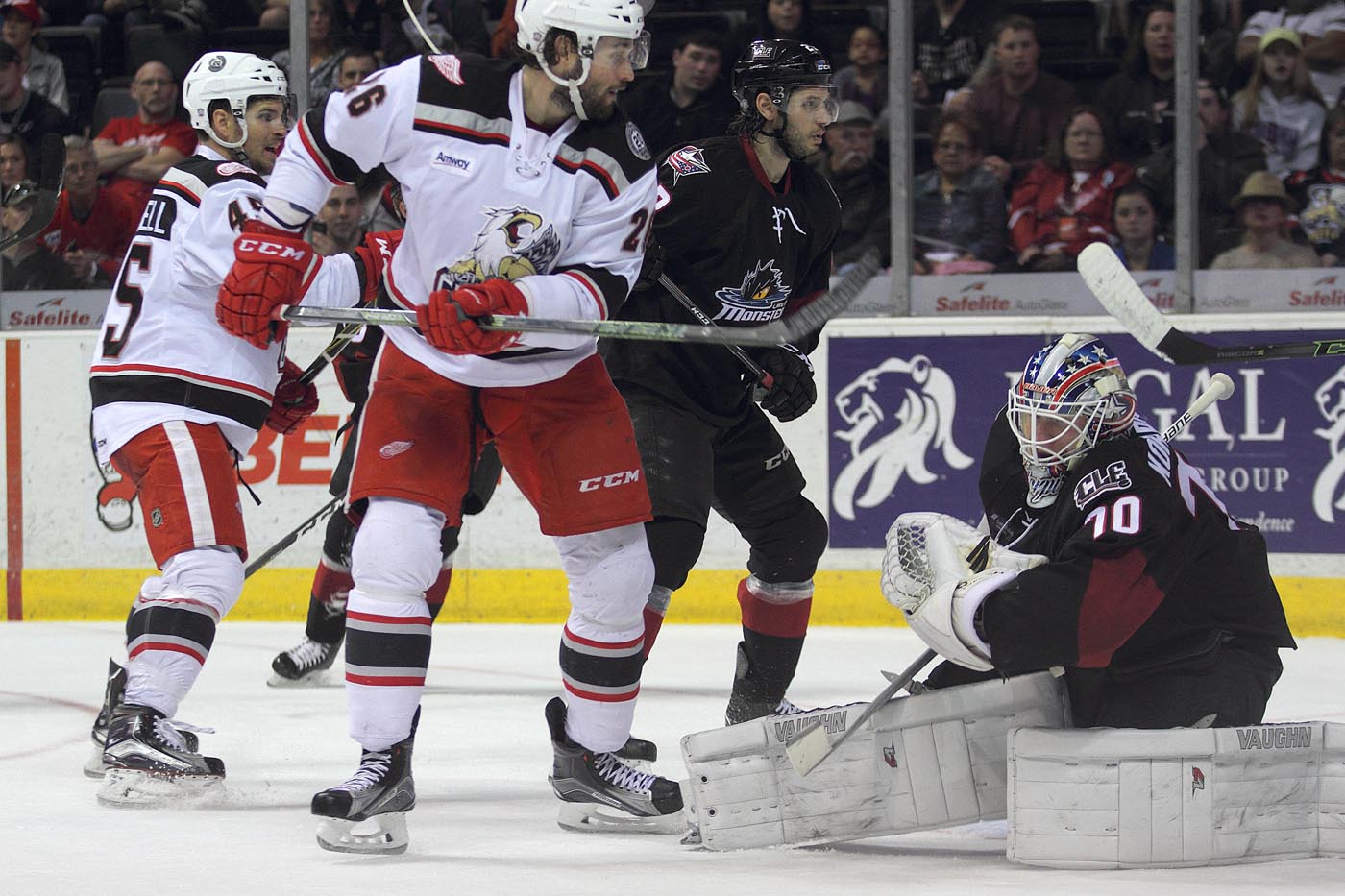 With the win, the Monsters will look to advance to the third round of the Calder Cup Playoffs for the first time in franchise history with a victory in Tuesday’s game four.

The Monsters grabbed a lightning-fast 1-0 lead on Sunday as Anderson took advantage of a Griffins defensive-zone turnover just 17 seconds into the game to bury an unassisted, even-strength marker, his team-leading fifth goal of the playoffs.

In the second period, Lukas Sedlak and Oliver Bjorkstrand combined to set up a one-time, right-circle finish by Werenski at 8:07 that made it 2-0 Monsters.

The Griffins’ lone game-three tally was provided by defenseman Ryan Sproul at 17:48 of the period, an even-strength center-point blast, assisted by Andy Miele and Colin Campbell.

Korpisalo improved to an AHL-best 6-0 in the postseason by virtue of a spectacular 41-save performance, while Grand Rapids net-minder Tom McCollum fell to 3-3 in the playoffs despite a solid, 21-save showing.

Next up for the Monsters, it’s game four of the best-of-seven Central Division Finals on Tuesday at 7:00pm.