Monsters Beat the Wolves at Home for Chuck-a-Bear Night 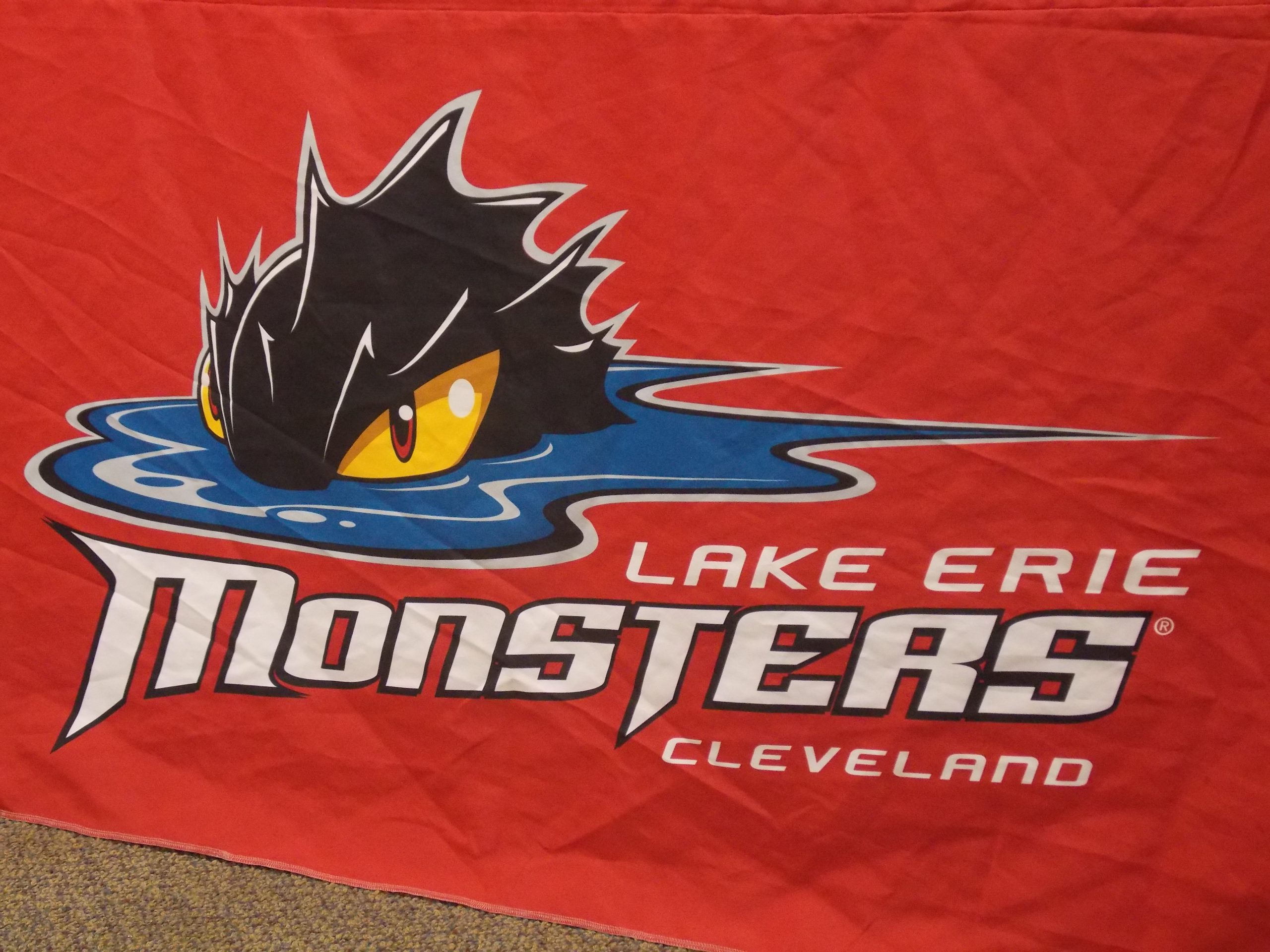 CLEVELAND – The stuffed bears went flying early, returning to the starting lineup was Kerby Rychel, and he wasted no time getting things started. Only 37 seconds into the first period, Rychel would score his 5th goal of the season bum-rushing the crease to poke the puck home underneath Chicago goal tender Jordan Binnington after receiving the set up from Josh Anderson. Alex Broadhurst would record an assist along with Anderson on the play.

The energy was apparent, not only were the fans excited about throwing their unwanted gently worn stuffed animals onto the ice, but the players came out with a spark in their skates

In the 13th minute of the first period the Monster would have a 3-2 break away opportunity with John Ramage leading the way setting up T.J. Tynan for the dump off pass to Daniel Zaar who would bury his 6th goal of the season from mid distance to put the Monsters up 2-0 by the end of the first period.

7 minutes into the second frame, Dean Kukan would penetrate the Wolves defense with controlled speed and puck handling, and drop the puck off to a waiting Josh Anderson who would absolutely torch the puck into the net for his 5th goal of the season to put the Monsters up 3-0.

Also on the assist was goaltender Anton Forsberg believe it or not along with Kukan.

The Wolves Eriah Hayes would finally respond for Chicago with a goal of his own with 12:14 left in the period that would just barley make it over the red line before Forsberg could gather it up to prevent the Wolves scoring and cutting the Monsters lead to 2 going into the 3rd period.

The third period, until 3 minutes left in the game, would go scoreless. But Chicago would cut away at the Monster’ lead once again with a goal from Danny Kristo, assisted by Pat Cannone and Jordan Schmaltz.

The Monsters would finally answer back with a goal from Josh Anderson’s skate and assisted by a long distance slap shot from Michael Paliotta.

The Wolves would then again answer back with only 16 seconds left on the game with a goal from Jeremy Welsh with a one timer off the set up from Peter Harrold from long distance.

But despite the Wolves last minute efforts, they would proveto be too little too late when it was all said and done with the Monsters taking the 4-3 victory.

Anton Forsberg took the win for the Monsters with a 32 save performance.
The Monsters take on the Wolves again tonight at Quicken Loans Arena for Star Wars Night where the Monsters with where their limited edition Storm Trooper jersies which will be up for auction during the game. Go Monsters!