MMA: The Thursday Morning Tap Out! 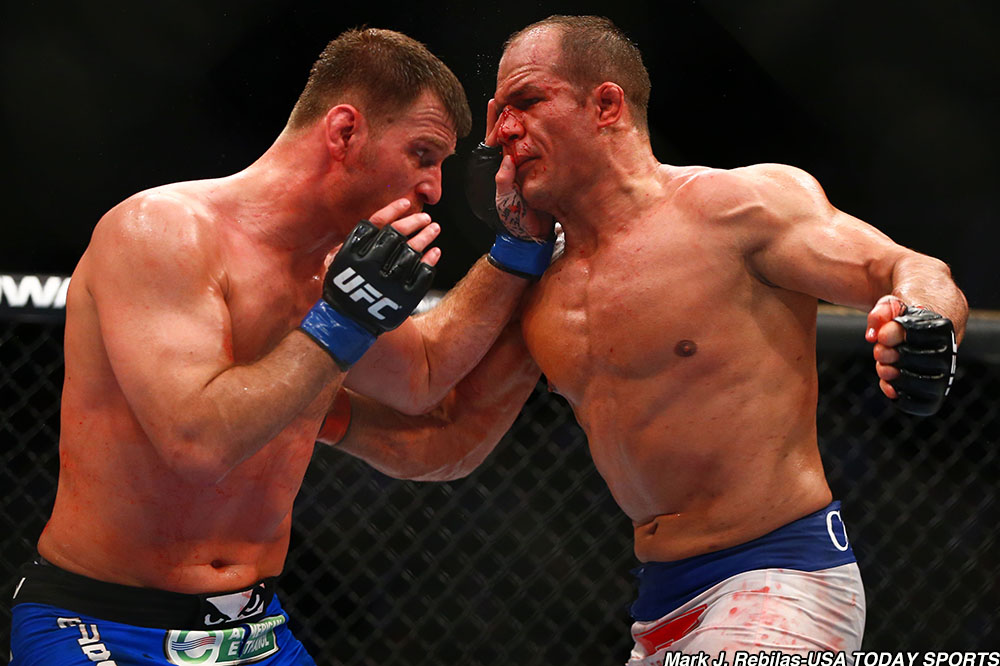 After a wild and action packed show for the UFC in Detroit this weekend as the promotion put on their UFC 218 Holloway vs Aldo event, the world of MMA is buzzing.

Here are just a few of the news and notes that stand out this week.

-It’s pretty much now all but locked up that UFC heavyweight Champion Stipe Miocic will defend his crown against Francis Ngannou at UFC 220 in Boston at the TD Garden on January 20th.  Dana White had it written all over his face when asked about it in the post UFC 218 presser.  This will be the toughest test of Stipe’s career as Ngannou may just be the hardest puncher in the history of MMA.

– With that being said, it is secured that Daniel Cormier will defend his UFC Light Heavyweight Title against Volkan Oezdemir in the co main event.  Some believe, win or lose, this may be it for the career of Cormier.  With Jones suspended, there remains no challenge left for Cormier if he gets through Oezdemir as expected.

–  Speaking of Jon Jones, another former champ such as Jones, may also be done with the UFC for good, and that is Ronda Rousey.  Many around the fight game have expressed concern with her continuing her MMA career as it will only continue to tarnish her legacy.  The smart money is on a venture into WWE, where someone of her sex appeal and star power will do incredible.

–  As for the WWE, it has been confirmed that Brock Lesnar will be a free agent after their annual WrestleMania show this April.  The smart money has him making a full time return to MMA soon after.  With GSP on the shelf.  The shine of Anderson Silva long gone, and Jon Jones facing a permanent ban, the UFC will need all the star power they can get right now.  Lesnar may just be the ticket.

– As GSP continues to deal with severe medical issues, it has also been leaked that his fight at Middleweight may have been a one time thing.  If he does come back, it will be at welterweight.  This would make the rumored Luke Rockhold vs Robert Whittaker bout for the permanent Middleweight title, and not just the “interim.”

– Also confirmed at the UFC 218 post fight presser from Dana White was a matchup will take place between Flyweight Champion Demetrious Johnson and Bantamweight Champion TJ Dillashaw.  for what belt and a what weight, is still a mystery and may prove to be a serious sticking point in getting things finalized.

– Floyd Mayweather continues to claim he carried Conor McGregor in their August boxing match.  Take that for whatever you want.  Conor has now appeared to have forgotten all about his duties as champion in the UFC Lightweight division, and is purely focused on whatever the next pay day may be.

–  The finale of The Ultimate Fighter 26 was the lowest rated of all time and the terrible reviews for it continue to poor in.

– Jose Aldo released the following statement following his Third Round Stoppage loss against Max Holloway following the main event of UFC 218, “I only have to thank my family that I love for everything, and my team Nova Uniao, the best in the world, for making me great and champion, and my friends and fans that are always with me,” Aldo wrote. “Thank you all! I will be always optimistic because believing is the first step to making it happen.”

– Max Holloway is now a legit superstar in MMA, and one of the best pound for pound fighters in the world.  The UFC would be smart to unload dump trucks of money at the feet of Conor McGregor to get him back in the cage with Holloway, sooner rather then later.  Holloway has won 12 straight since losing to Conor McGregor way back in 2013.

That’s all from Cageside for now!