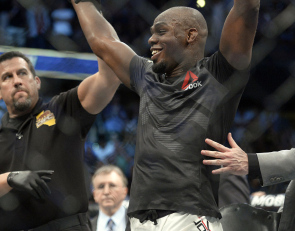 Following a huge fight card at UFC 214, there was no doubt this would be a week of plenty of action all over the MMA world.

Here are just some of the news and notes currently going around.

Rumor has it that Brock Lesnar may be in a cage a lot sooner then any of us once thought.  By hook or crook, he is now rumored to fight Jon Jones in a superfight at UFC 217 at MSG.  He wasn’t due to come off of his suspension for a very long time, so something behind the scenes may be going on.

That will no doubt be the biggest box office and PPV gate in MMA history if it goes down.  If not the card is already loaded with other rumored bouts that should come official soon.

It is shaping up as a can’t miss show!

Chael Sonnen was heard earlier this week talking about a possible matchup with Chuck Lidell in the next big Bellator show.  Lidell is no longer under contract in any from with the UFC but a matchup with trash talking Sonnen makes little sense.  It is clear that Sonnen has no interest in fighting anyone legitimate during his Bellator run.

His first two Bellator opponents have been UFC legends, but far past their prime in Wanderlia Silva and Tito Ortiz.  He lost in under 4 minutes to Ortiz, getting choked out via neck crank, and won a boring UD over Silva.

In a bit of good news, speckled reports have stated that Matt Hughes continues to improve, is off the vent, responding to cues, talking and expected to make a full recovery.  If true, that will be a miracle!  Matt, we will continue to keep you in our thoughts and prayers.

After a verbal tongue lashing following his boring title defense over Demain Maia, UFC Welterweight Champion Tyron Woodley demanded an apology from UFC president Dana White.  Word is that he didn’t get one, but they did speak and patch it up.  I feel more is to be told on that story, stay tuned.  As for Woodley, just keep winning baby, haters are going to hate, let them!

While UFC 217 takes shape, UFC 216 in Las Vegas on October 7 got a little stronger this week with 7 announced bouts.  The headliner is still in question, but rumored to be Stipe Miocic vs Cain Velasquez, if Stipe can get paid what he is asking.  If not, he may sit this one out until then.

Those 7 bouts announced are

Speaking of Pay Per View, The UFC will not have a PPV during the month of August as they begin to put full focus on Mayweather vs McGregor efforts.

The next time they will be coming to fans via PPV is on September 9 in Canada at The Rogers Center in Edomonton.  Not to be confused with The Rogers Centre in Toronto.

That card, is also LOADED!!!  Some of the bigger fights include

That’s it for now, we will see you Cageside!