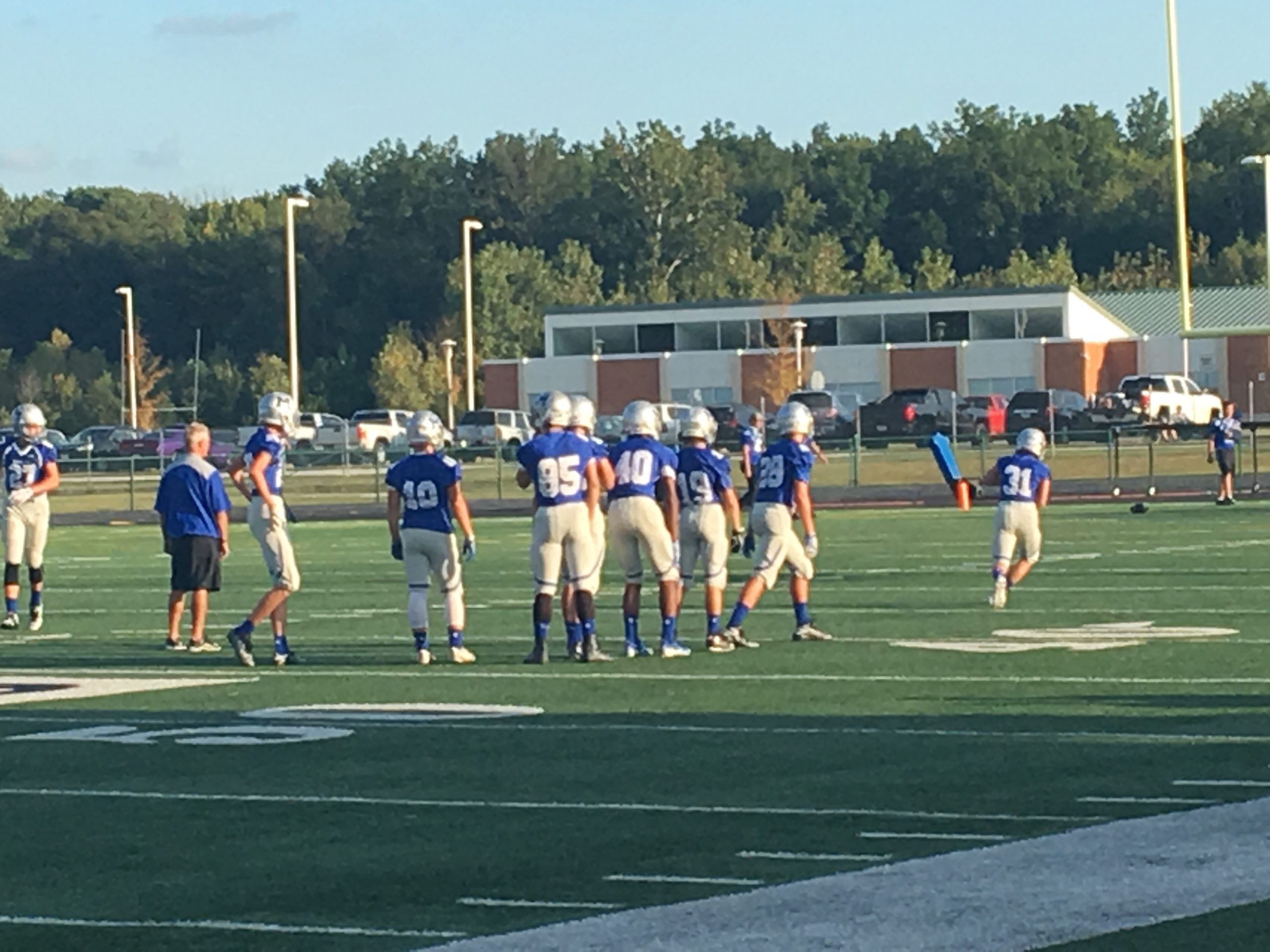 AVON LAKE, OHIO– What started out as a defensive struggle turned into a nail-biter by the final whistle. After a back and forth second half that featured four lead changes and 27 combined points scored, the Midview Middies outlasted the Avon Lake Shoremen to advance to the Division II (Region 6) high school playoffs. In the “win or go home” scenario, both teams mirrored each other with strong defensive efforts and an aggressive running attack.

Midview endured two first half fumbles from running back Connor Wolfe, managing to hold the Shoremen scoreless in the first half. The second fumble came at the Avon Lake 19-yard line, a huge juncture that ended a long drive for the Middies. The Shoremen defense adopted the “bend but don’t break” mantra in the first half. The lone points came off the foot of Midview kicker Christian Roid, an impressive 34-yard field goal as time expired.

The second half was a much different venture. Avon Lake came out of the gate strong with a long 11-play drive that resulted in a one-yard touchdown plunge by Matt Sanders. That gave the Shoremen a hard-earned 7-3 advantage. Two drives later, Midview answered with an equally long 14-play drive ending with an 11-yard touchdown scamper by Wolfe. That was Wolfe’s 14th score of the year, finishing the game with 87 yards on 27 carries.

Avon Lake answered right back with a Konner Riggs rushing touchdown, his 11th of the season. Riggs finished the game with 81 yards on 25 carries, a similar stat line to his Midview counterpart. On that same drive, Shoremen quarterback Jack Mikolich was forced out of the pocket and managed to completed a difficult pass to Riggs for 41 yards to set up the score. The snap for the extra point was muffled, giving Avon Lake a 13-10 lead. Five plays later the Middies would take the lead right back. A 46-yard touchdown pass from Seamus Higley to Isiah Johnson would give Midview a 17-13 lead, one that would persist until the end.

The Shoremen would not go down without fight, though. Mikolich would complete passes of 14 and 29 yards to get Avon Lake down to the Midview 20 yard line in the final minute. Following a false start penalty and incompletion, Mikolich’s completed pass to wide receiver Zane Fechter was fumbled and recovered by Middies’ linebacker Trevor Begin to effectively ending the game.

Midview finishes the season 8-2 and advances to the playoffs for a fourth consecutive season. For Avon Lake, their season ends with a record of 6-4.