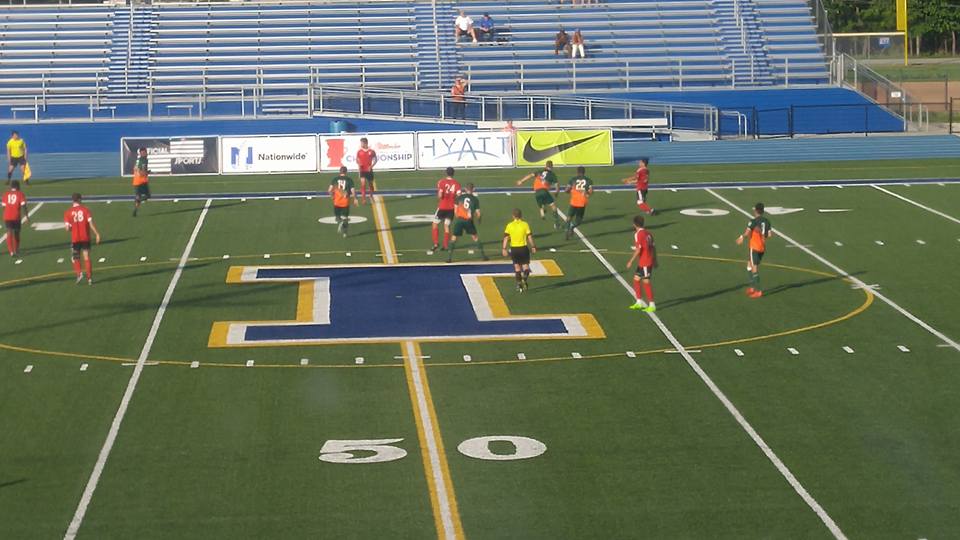 This game recap is brought to you by http://www.frontlinesoccer.com/ & http://www.sweetiescandy.com/

After a scoreless first half that saw many close shots just miss on both sides of the pitch, it was Andre Landell scoring in the 54th minute to put Michigan ahead for good.  A little bit later on in stoppage time, The Bucks would deliver a final dagger in the form of a Jacob Bevan goal to put Chicago FC away, 2-0

Michigan, the 2016 PDL Champions looked good all game long and relied on great sideline play to keep the ball in action and opportunities a plenty for them.  They peppered Chicago FC goalkeeper Sawyer Jackman with constant shots and kept him on his toes all game long.

Jackman did everything he could with some excellent saves, but eventually couldn’t stop everything as the barrage of shots was constant.  Jackman actually had a huge save earlier in the game, in the 15th minute when he snuffed out a 2 on 1 breakaway from Michigan that should have been the games first score if not for the terrific save.

Chicago had plenty of chances to score as well, but ran into the same issues, not being able to get anything past Michigan goalkeeper Drew Shepherd.  Chicago had two golden chances in the first half but simply could not convert.

The first coming in the 27th minute as Jacob Graiber had a clear shot at goal, but sailed it wide right.  Moments later in the 29th minute it was Drew Shepard making the save of the night on a sharp shot by Qudus Lawal.  It was a wild save but kept the game tied in dramatic fashion.

Michigan used multiple subs in the second half to keep fresh legs on the pitch at all times and preserve the lead.  It was a physical game but the referee’s swallowed their whistles multiple times as the game only saw one Yellow Card handed out all night.  It came in the 75th minute to Chicago striker Chris Mueller.

Michigan will now play the host city AFC Cleveland in the Championship Game of the Hank Steinbrecher tomorrow night.  AFC Cleveland advanced with a dramatic 2-1 victory in the closing seconds over Christos FC.