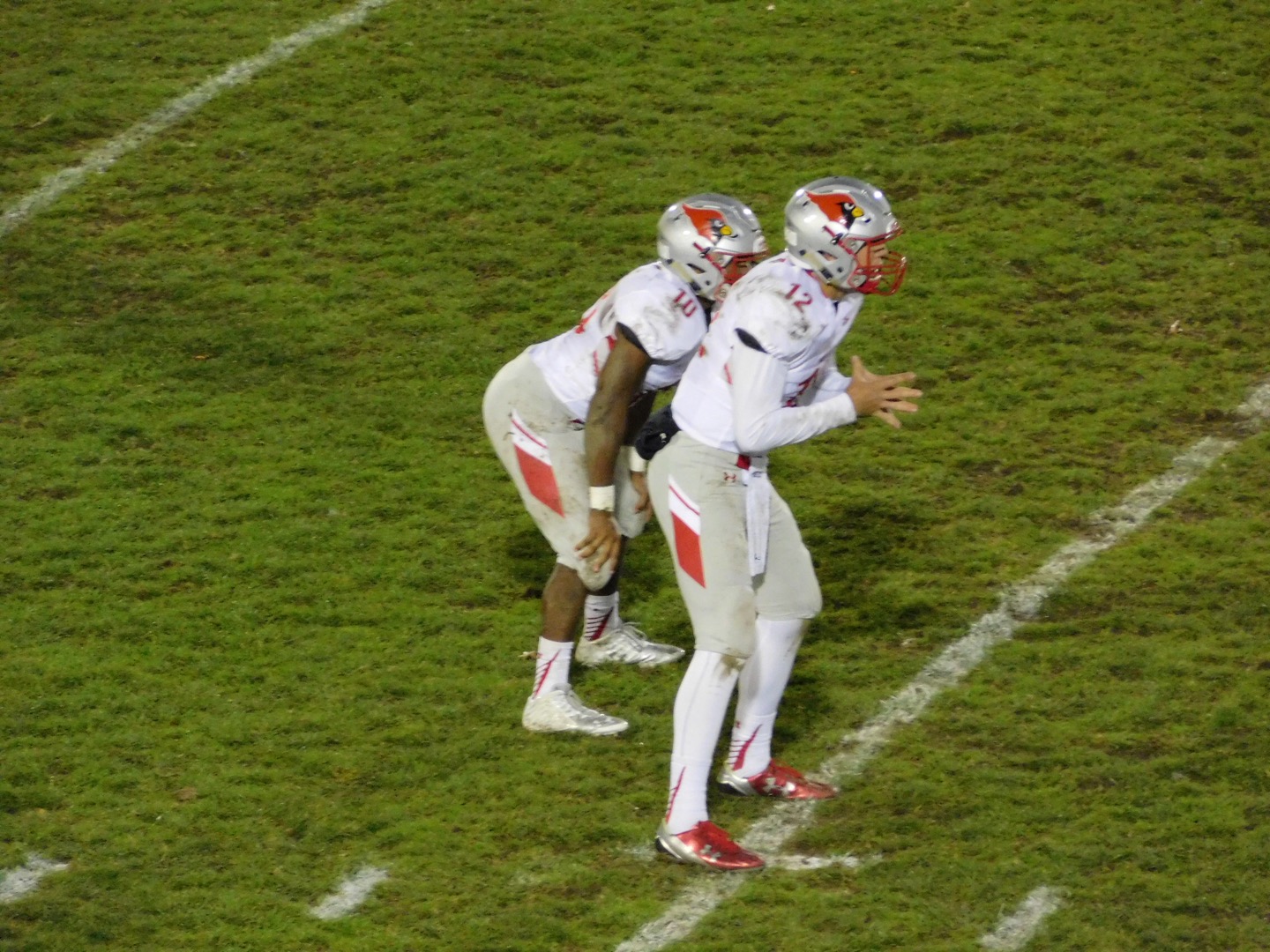 The 8th seed Mentor Cardinals (8-3) breezed past the 9th seed Canton GlenOak Golden Eagles (7-4) on a windy night in Mentor, with a 41-13 victory to advance to the second round of the playoffs.

Neither team could get going offensively early in the game, but Mentor broke through to take a 7-0 lead late in the first quarter with an 8-yard touchdown run by wide receiver Jason Blizzard, who was lined up in the wildcat formation.

Early in the second quarter, running back Alex Matthews ran a 13-yard touchdown to make it 14-0 Cardinals.

GlenOak would respond with a one-yard touchdown run from quarterback Brennan Tibbs, and a missed extra point would make 14-6 in favor of Mentor.

Right before halftime, the Cardinals answered back with a 7-yard touch down run by Matthews.

Mentor would enter halftime with a 20-6 lead.

The Cardinals got the ball to start the second half and on the opening drive quarterback Tadus Tatarunas completed a 19-yard touchdown pass to Blizzard to make it 27-6. Tatarunas would go on to finish the night with 233 passing yards.

Later in the third quarter, Matthews put Mentor ahead 34-6 with his third rushing touchdown of the night, his 22nd on the season. Matthews ran for over 150 yards on the night.

Midway through the fourth quarter, Blizzard scored his third touchdown of the game to make it 41-6 Mentor.

Defensive back Tay Pryor gave the Golden Eagles their second touchdown of the night with an 87-yard interception return to make it 41-13 Mentor late in the fourth quarter.

Mentor would win the game 41-13 and now is 8-0 in first round playoff matchups in school history.

The 8th seed Cardinals (8-3) will face the number one seed Lakewood St. Edward’s Eagles (10-1) in the second round of the playoffs.