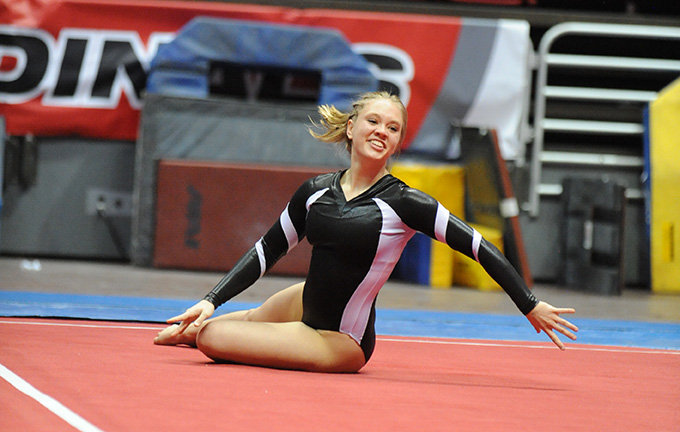 The gymnastics team opened their season with a win on Saturday at the Flip for the Cure Invitational. The team was led by sophomore Meghan Deighton who won the individual all around competition followed by Addison Kasian in second.

Junior, McKinley Kerans placed 5th in the all around and fifth on vault. Meghan placed second on vault, second on bars, fifth on beam, and first on floor.

Addison placed third on bars, second on beam, and fourth on floor. The team will face Shaker Hts. on Friday for another conference matchup.