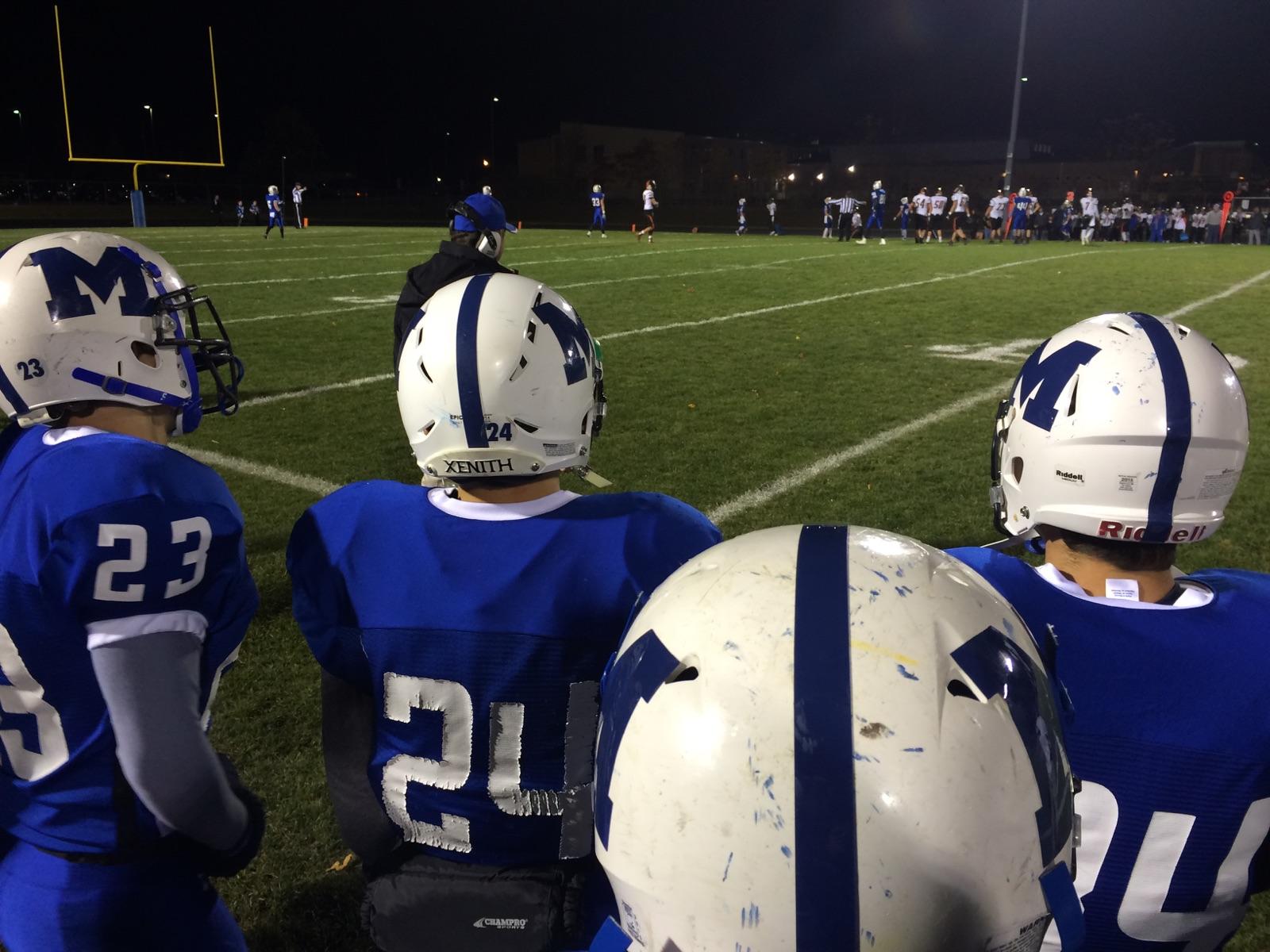 With their 47-13 victory over the Rangers of Eastlake North at Dick Hamblin Field on Friday night, the Blue Streaks claim the inaugural Western Reserve Conference Championship outright.

The Blue Streaks went a perfect 7-0 in conference play, highlighted by come from behind victories over the Willoughby South Rebels in week seven and the Mayfield Wildcats in week eight.

According to high school football playoff ranking expert Joe Eitel, the Blue Streaks will remain as the number two seed and will host the number seven seed.

That opponent will be officially announced this Sunday afternoon by the Ohio High School Athletic Association.

Madison will be joined in the division two region three playoffs by two other members of the Western Reserve Conference, the Chardon Hilltoppers and the Mayfield Wildcats.

The Blue Streaks have playoff history against both of their Western Reserve Conference rivals. Madison played their first ever playoff game against the Hilltoppers back in 1993. Chardon upset Madison after the Blue Streaks finished that regular season at 10-0.

Madison and Mayfield played last year in the region three semifinals. The Wildcats won at Jerome T. Osborne stadium in Mentor in a game that was played in the snow and below freezing temperatures.

The game took place just hours after the first snowstorm of last season hit Northeast Ohio and crews in Mentor had to clear off the field several times to make it ready for play.

Madison enters the playoffs with a 9-1 overall record. The Blue Streaks only loss was to nonconference rival Perry in week three. The Pirates rallied from a 13-point fourth quarter deficit to beat the Blue Streaks 27-26 in the battle for the ‘Little Brown Jug.’