LIVE UFC 205 RESULTS AS THEY HAPPEN! 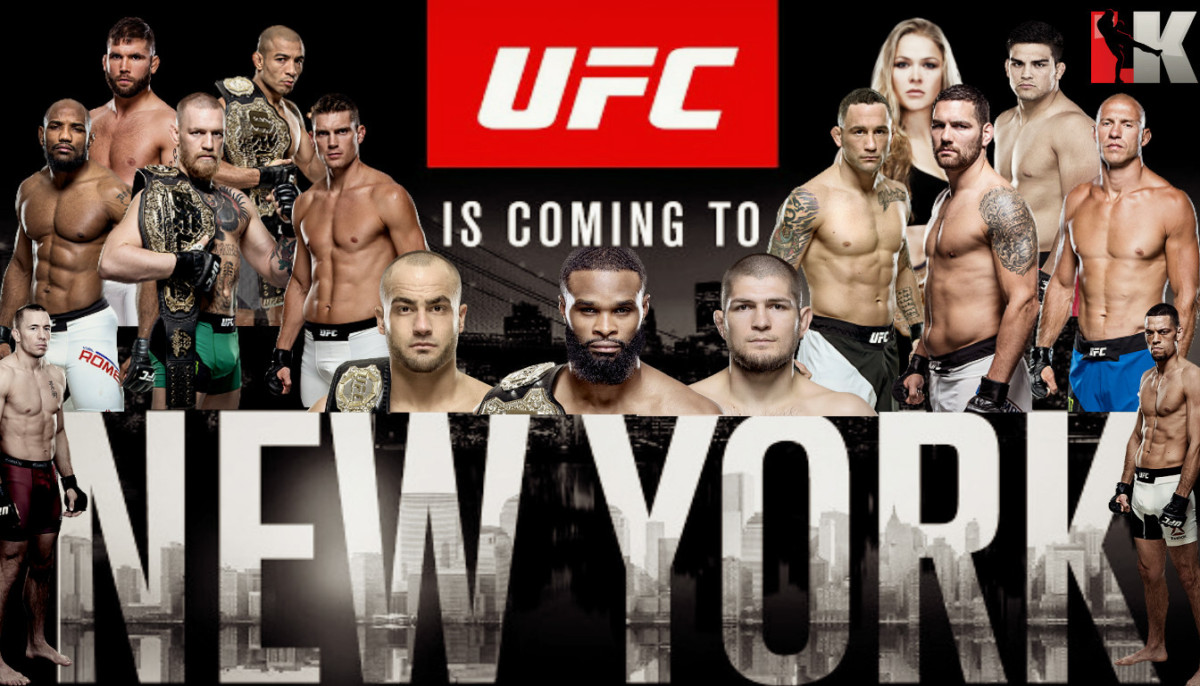 Stay locked into NEO and this blog all night long as UFC 205 takes place in front of a rabid crowd in New York’s Madison Square garden.

Vicente Luque def. Belal Muhammad by KO at 1:19 in the first round.

Tim Boetsch wastes no time in knocking out Rafael Natal at 3:22 of the very first round. Boetsch cut Natal early and kept the pace from there, he continued to fight hard and pulled off the dominant victory.

Up next, the final match on the FOX card. Frankie the Answer Edgar taking on Jeremey Stephens.

WOW!!!! It was a classic. Edgar clearly wins the first round but the second round becomes a slugfest that see’s Edgar get dropped with a knee to the face, however, Stephens cannot put away the shaken Edgar, and The Answer ends up coming back to nearly finish the fight with a great guillotine choke until Stephens is saved by the bell.

The third round was every bit as good, but it looks as though Edgar does just enough to win the round. We go to the judges.

The judges agree with NEO, and it is the hometown boy Frankie the Answer Edgar winning by decision.

The main card begins with the upset predicted by yours truly as Raquel Pennington destroys Miesha Tate with ease in a three round decision.

It wasn’t even close as Pennington dominated every aspect of the fight. She wins 30-27 across the board.

Yoel Romero defeats Chris Weidman by Third Round TKO after landing a vicious knee to the face of Weidman.
The first two rounds however, where slow and not that great. Despite the devastating victory by Romero, has he really done enough to earn the title shot? Time will tell as he called out Bisping after the fight.

This card continues to impress and live up to the hype.

Joanna Jędrzejczyk (c) def. Karolina Kowalkiewicz by Decision in a great 5 round war.
Kowalkiewicz actually caught Joanna in the fourth round and almost knocked her out, like a true champ, Jedrzejczyk battled back, hung on, and won by decision 49-46 across the board.

Wow, and we have our first controversy of the night, after yet another 5 round classic, the match between Woodley and Thompson ends in a majority draw. It was clear Woodley won rounds 1 and 4, and 2 of the 3 judges saw it that way, scoring round 4 a 10-8 in which Woodley almost knocked out Thompson before an epic comeback. The third judge saw it, Woodley winning rounds 1,4 and 5.

Main even time next….

McGregor continues to back up his boast with a thunderous knockout of Eddie Alvarez in the second round. He had knocked him down several times in the fight before the ref mercifully stepped in and stopped it. McGregor looked so good it was as if no one could stop him. Simply dominant, and he now holds the titles at 145 & 155. What is next for the best?