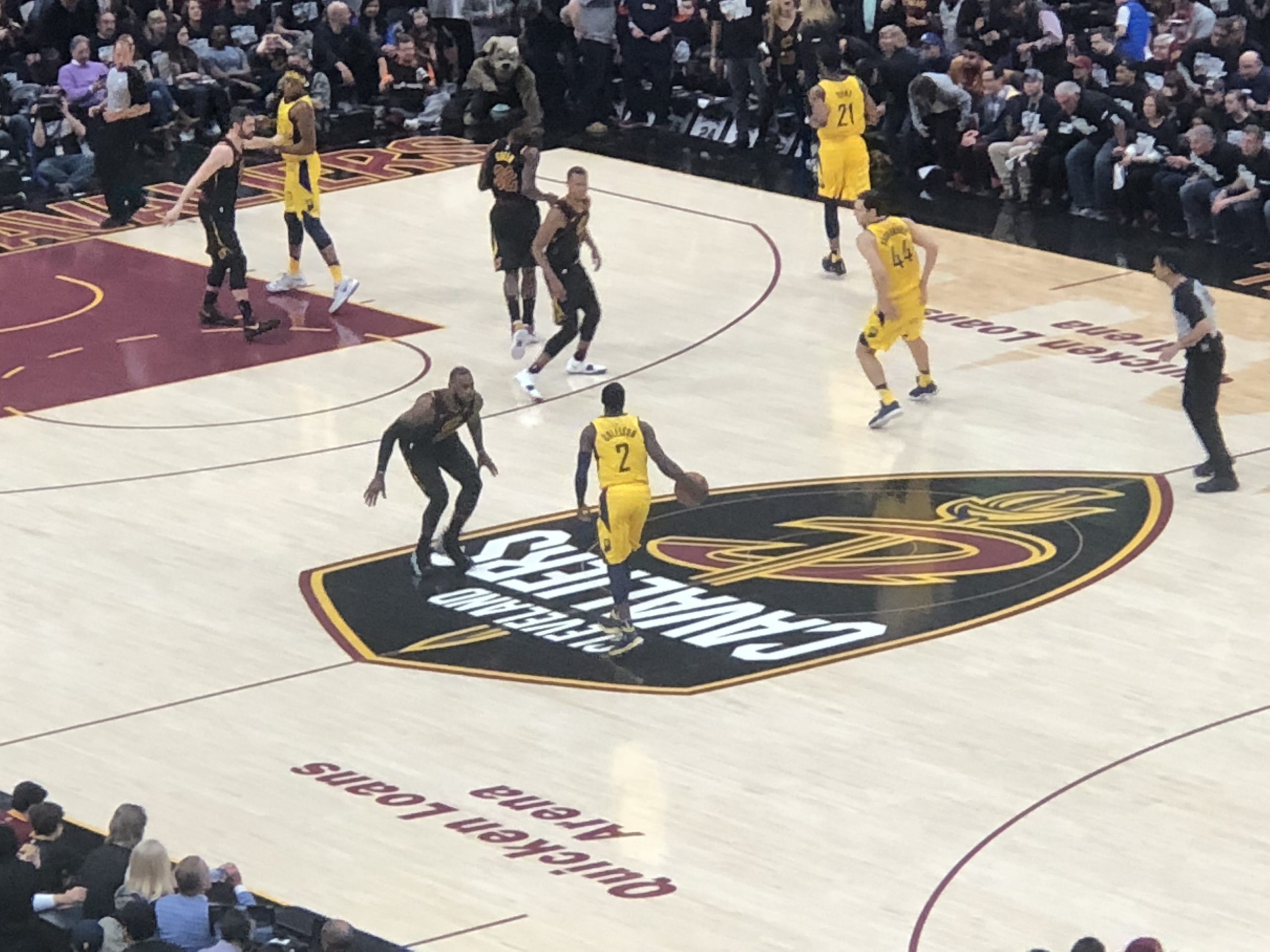 INDEPENDENCE, OHIO– Lineup changes may be in store for the Cavaliers as they head into Game 2 of their opening round playoff series against the Indiana Pacers.

“We’re looking at it but I’m not going to talk about it,” head coach Tyronn Lue said after Monday’s practice  when asked about potential changes.

Some of that may be forced, as Lue pointed out. Kyle Korver played just four minutes yesterday. He has been dealing with foot soreness, but according to Lue, Korver was also sick yesterday and was excused from Monday’s practice as a result. Then there’s George Hill, who sustained a back injury taking a hard screen from Trevor Booker in Game 1. So it’s definitely a possibility that Lue will have to start “chopping down” (his words) that 10-man rotation.

It’s also a possibility that we could see different guys getting more minutes. Tristan Thompson played just two minutes on Sunday in garbage time. JR Smith was somewhat of a bright spot, scoring 15 points on 6-of-11 shooting. The biggest advantage to playing either Thompson or Smith, who had arguably their worst regular seasons as members of the Cavs this year, is the experience factor. They are two of four remaining players who made that championship run two years ago.

“We’ve been talking about it as a staff,” Lue said. “I just know those guys have been through everything with us the last four years and we won a championship, went to three finals. Tristan and JR played a big part of that. We understand that and trust me, we know that.”

On JR and Tristan in playoff situations: We've been talking about it as a staff. I just know those guys have been through everything with us the last four years and we won a championship, went to three finals. Tristan and J.R. played a big part of that. We understand that. pic.twitter.com/VGOEpxEm7N

Of course, lineup changes or not, the Cavs had a pretty abysmal offensive night overall on Sunday. It was their second lowest point total of the season, they shot just 30-of-78 from the field and hit just eight 3-pointers. They coughed the ball up 16 times for 20 points, and had just 21 team assists.

LeBron James didn’t even take a shot until there was 1:25 remaining in the first quarter, while Kevin Love shot just eight times in 34 minutes. Jeff Green missed all seven of his shots.

Lue said on Monday that he talked with both of the Cavs’ leaders about their offensive aggressiveness.

“He has to be aggressive and set the tone early,” he said of James. “We talked about that today, also. Just being aggressive early, setting the tone, especially for these new guys, bringing these guys along. He understood that but once again, he’s always a guy trying to get his teammates off early, get them guys going, then try to feel the game out. But be ready to set a tone Game 2.”

When it comes to Love’s play, the biggest thing Lue said the Cavs will need more of is Love exploiting smaller defenders inside.

“He’s got smaller guys on him and he’s floating out to the 3, he’s got to demand the ball in the post,” Lue said. “He said he has to be more aggressive. They’re trying to be physical with him on his post-ups but he’s seen that a lot of times before. We’ve gotta do a better job of getting it to him. They’re playing a hard three quarters so our guards gotta be able to deliver the ball on target, and has to be aggressive when he gets it.”

Lue on Kevin Love: He's got to demand the ball in the post. He said he has to be more aggressive. pic.twitter.com/TiuH3AwHgL

Overall, being smart and aggressive on offense is the biggest takeaway for the Cavs heading into Game 2 on Wednesday night.

“We’ll play a lot better,” Rodney Hood said. “I know we can’t play any worse than we did. We’ve just got to take care of the ball, get good shots. I think defensively we did a solid job, but I think offensively we can’t give them any ammo to come at us.”