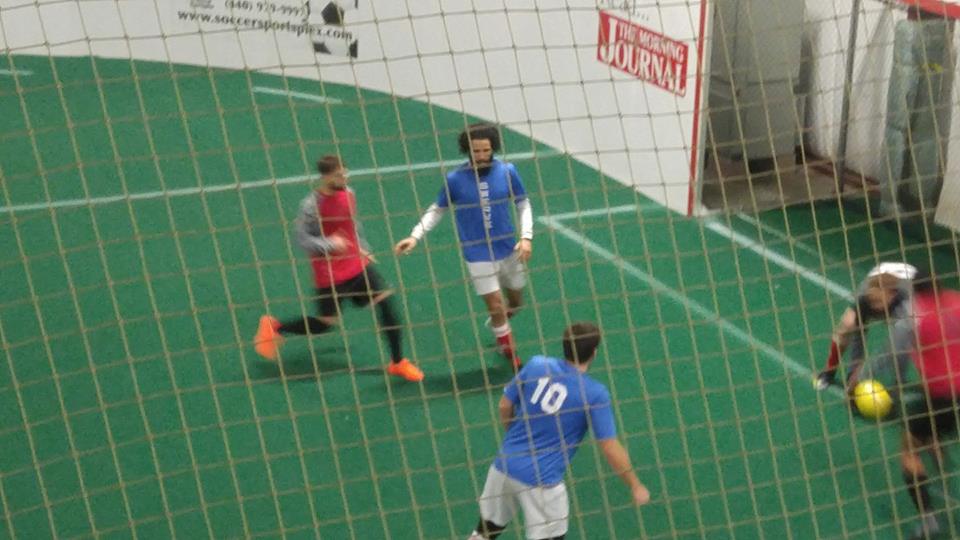 The Cleveland Legacy welcomed in the Cincinnati Swerve Academy team for some fast paced PASL Indoor Soccer Action tonight.  Despite a furious fourth quarter rally from the Swerve that saw four goals scored by Mark Hanson, the Legacy held on for the 11-8 victory.

The impressing win improved their record to 2-0-2 on the season.  The Legacy opened up the scoring seconds into the game with a Cameron Johnson goal to make it 1-0 at the Forty Second mark of the first Quarter.  Later in the opening quarter it was Admir Suljevic scoring to make it 2-0 Legacy after one.

Both teams scored twice in the second quarter to make the score 4-2 at the break.  The Legacy came out a team on fire in the second half and outscored the Swerve 2-0 in the quarter.  The goals came from Sami Mutemwa and Ryan Minick which gave the Legacy a 6-2 lead heading into the final quarter.

That is when things got crazy.  A Mark Hanson hat trick wrapped around a Legacy goal by Admit Suljevic tightened the game and made it 7-5 with a little over 4 minutes left on the clock.  From there, things continued to pick up and get even more  unpredictable as both teams continued to trade goals at a sickening pace.  Before all was said and done, the Legacy held on for the 11-8 triumphant.

The Legacy Roster tonight consisted of

UFC on Fox: Shevchenko vs. Peña Preview & Predictions -McKee
The 10 Most Likely Scenarios For The WWE Royal Rumble