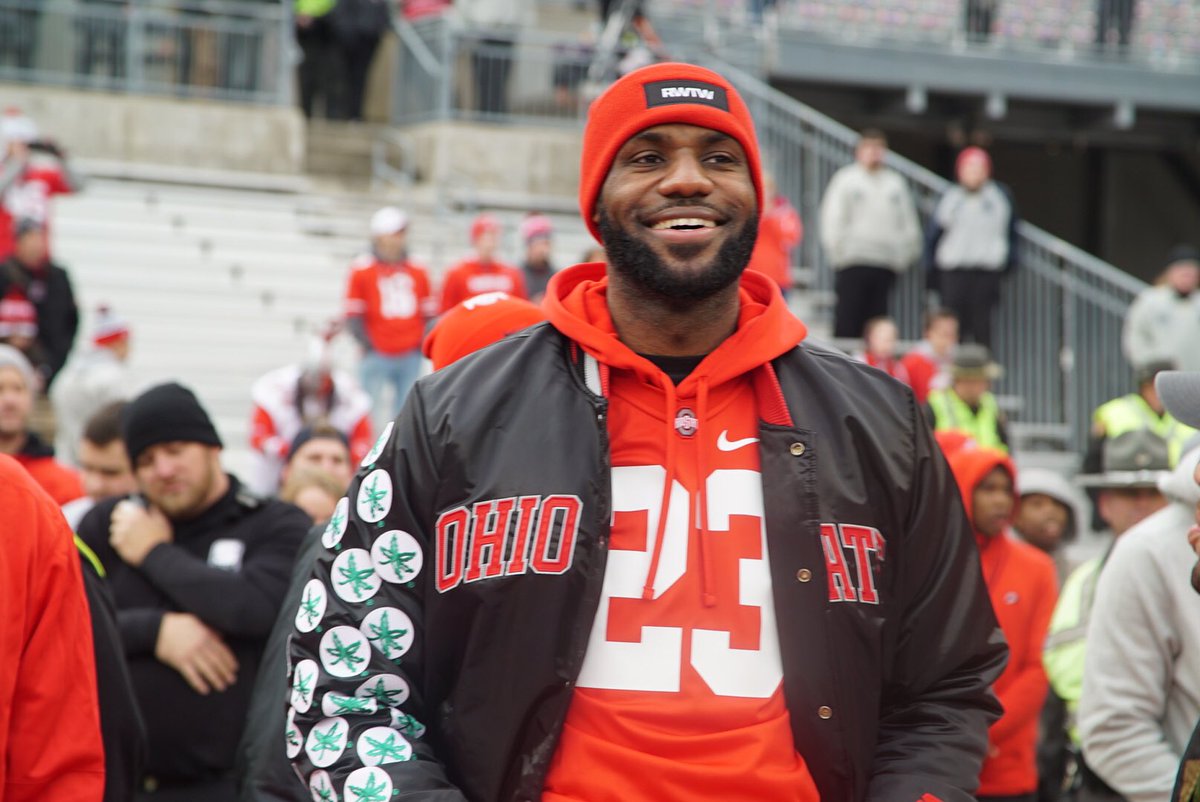 The Ohio State Buckeyes tweeted out a photo announcing the arrival of LeBron James to Ohio Stadium.

Great to have the WORLD CHAMPS ? in #TheShoe today! #GoBucks #BeatTTUN @cavs @OhioStateFB

James and the Cavs are in attendance and when asked if he would address the team before the game, LeBron said he would not and he “is weird about that” because if they lose, he doesn’t want to feel like he had something to do with it.