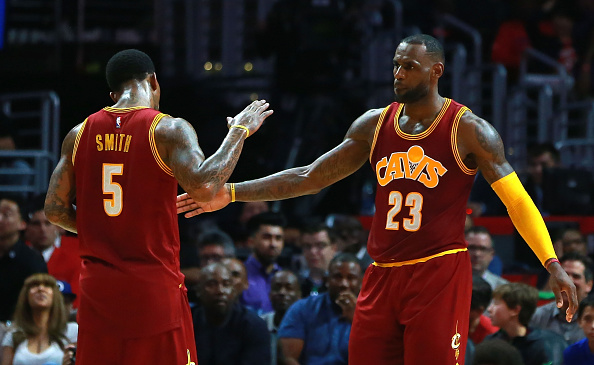 The Cavs seemed on cruise control in game one of their second-round matchup against the Toronto Raptors on Monday night, leading by 22 after three quarters before eventually going on for a 116-105 win to take a 1-0 series lead.

It never seemed like the Cavs were challenged much in the win, and that ease came out during the third quarter when LeBron James, who had 35 points, pulled off a pretty funny stunt that is making national headlines.

After a basket he seemed to be having so much fun he grabbed for a second a bottle of beer from a server courtside.

While he didn’t actually drink the beer, he made the motion like he was going to before setting it back down in the server’s tray.

If you missed the funny moment during the win – you can see it on the video in the tweet below.

First Quarter Proves Crucial in Cavs Win
More of the Same: Cavs Dominate Raptors in Another Playoff Game in Cleveland