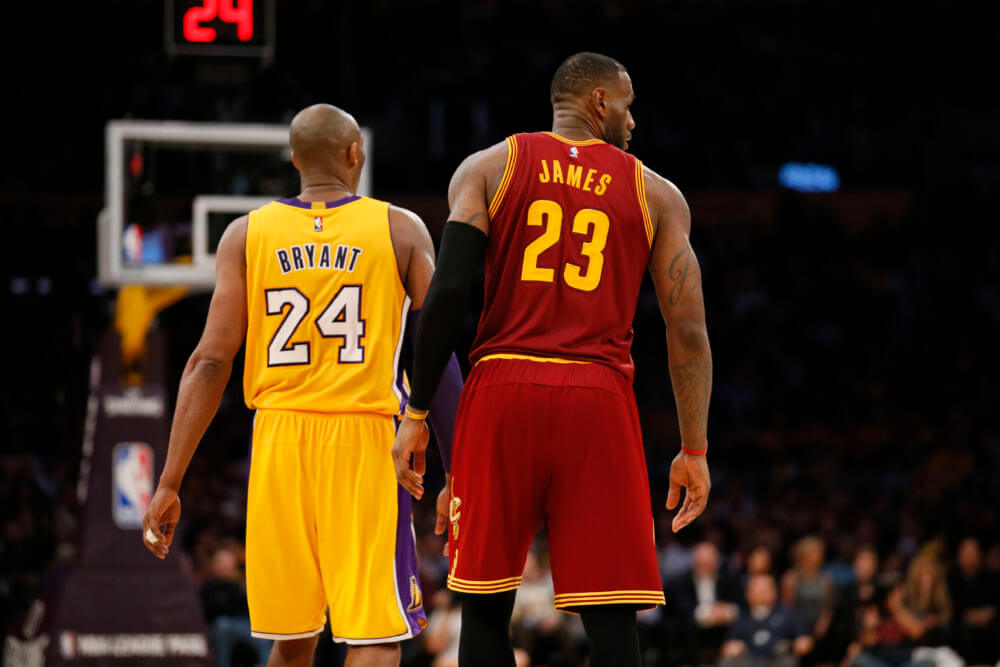 One of the all-time greats on the basketball court is now a winner for film, as Sunday evening former Los Angeles Lakers star Kobe Bryant took the stage at the Academy Awards on Sunday night to accept an Oscar for Best Animated Short.

Bryant was the voice behind the short ‘Dear Basketball,’ a story where he put images to a public letter he wrote in 2015 about his rise in the game of basketball.

“As a basketball player, you’re really supposed to shut up and dribble, but I’m glad we’re doing a little bit more than that,” Bryant said in his acceptance speech.

Of course the ‘shut up and dribble’ part of the speech goes back to the back and forth that Cavs star LeBron James had recently with Fox News’ Laura Ingraham after the political commentator said that James should ‘shut up and dribble’ after James went off in a video with Kevin Durant slamming President Donald Trump.

LeBron took notice of the speech, throwing out a tweet to Kobe after he won the award.

We shall see if Ingraham tries to go back on the offense after the tweet.