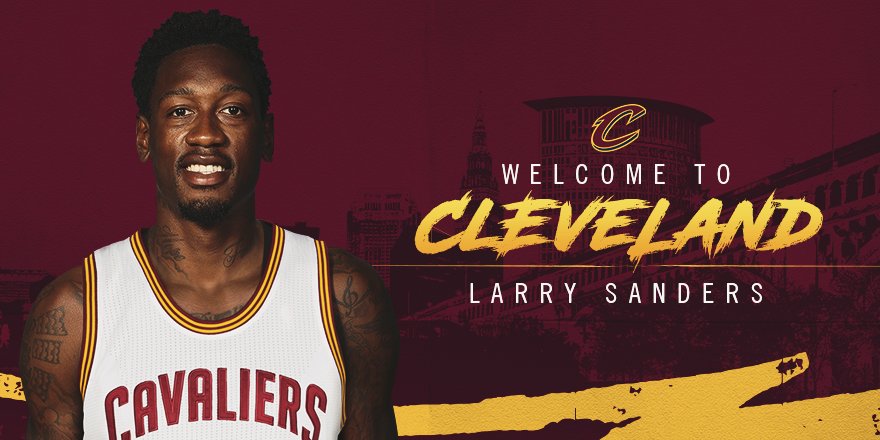 Do not be alarmed Cleveland Cavalier fans this is not a drastic decision by any means.

The Cleveland Cavaliers have sent down newly signed big man Larry Sanders, to the Canton Charge.

Sanders has not played in the NBA for about two years since he walked away from the game back in February of 2015 when the Milwaukee Bucks bought out his contract.

Sanders was released due to his second suspension of marijuana use but four days after decided to enter in a program for anxiety, depression, and mood disorders.

Joe Vardon of Cleveland.com reported that Cavs head coach Tyronn Lue said that Sanders wanted to go down to the D-League.

Tyronn Lue had this to say about Larry Sanders electing to go down to play in the D-League:

“When you get a guy like that who’s a veteran, been around this league, and he wants to go to the D-League to try and find his rhythm and get his game back, that’s big for us. He said he wants to get in better shape and just touch the ball, just play. That’s good for us. When he feels like he’s right and we feel like he’s ready, we’ll make that jump.”

This past weekend LeBron James suggested that the team should give Sanders a chance.

Larry Sanders had this to say about James telling the team to give Sanders a chance:

Cavs general manager David Griffin, had this to say about sending Sanders down to the Canton Charge:

“We’re not in a situation where we need him to save us, so we get to get what we can from Larry. This is really about a long-term play, it’s about having somebody that potentially has great upside and somebody we’re excited about. Not somebody that we need to count on today, so it’s good.”

Larry Sanders played 2 minutes this past Tuesday against the Detroit Pistons in his first appearance with the team.