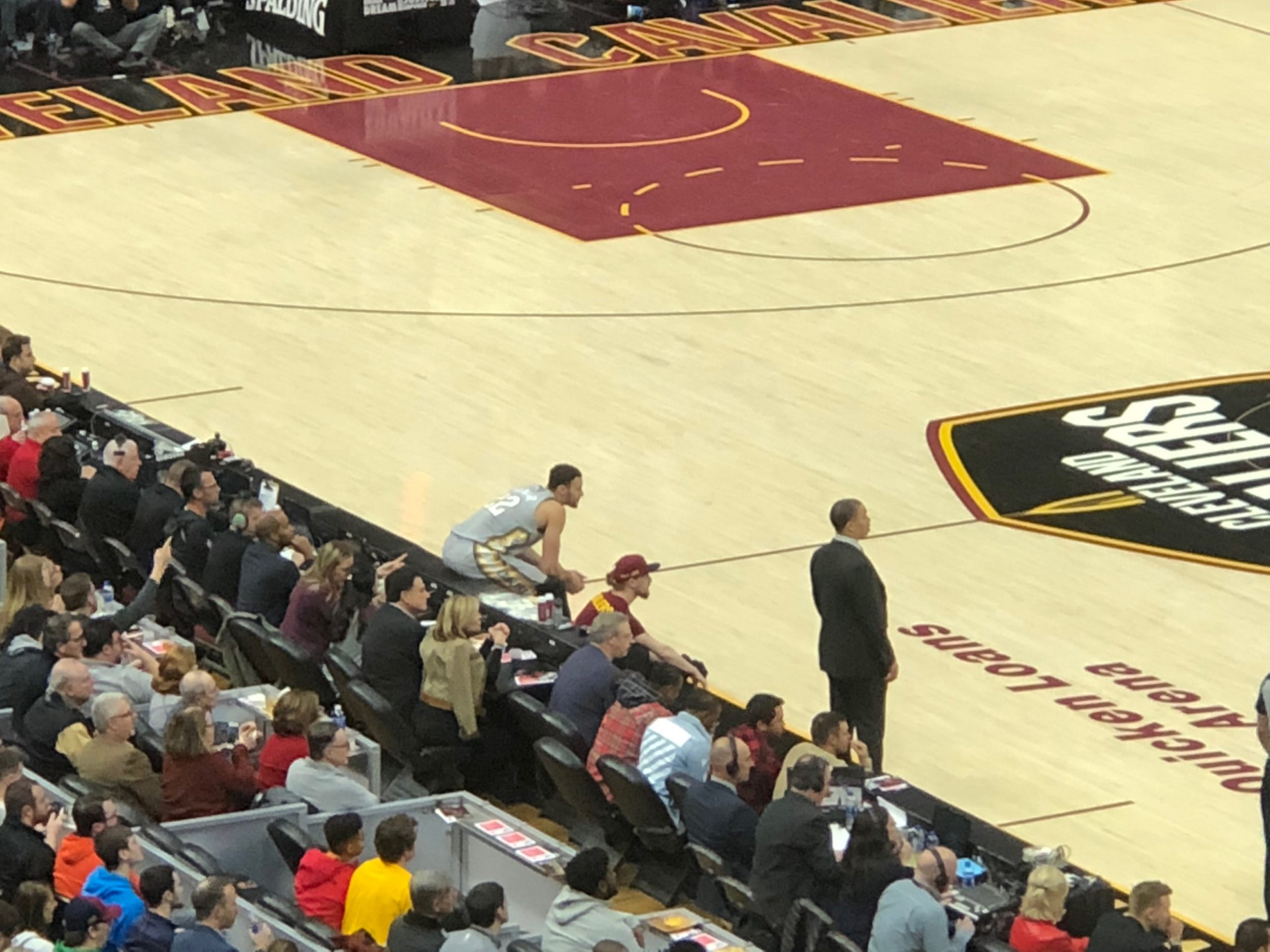 Though it wasn’t the outcome he had hoped for on a significant date in his professional career, Larry Nance Jr. still has had an awesome experience since returning home.

After being extremely happy to be able to wear the number twenty-two jersey his father once wore for Cleveland, nobody expected the jersey to be available in time for Sunday’s clash against San Antonio. It was speculated that the jersey would show up later this week but it made an early arrival. Nance Jr. was gracious for the cool moment and talked about it with reporters after the 110-94 loss to the Spurs.

“It was really cool,” said Nance Jr. on the occasion. “Obviously, I sent a picture to my parents and everything, I thought that was cool. But as soon as I got on the court I kinda forgot about it.”

In case you missed the reaction, here’s Nance Jr. being introduced into the game as “number twenty-two”.

A pretty cool moment here at The Q as Larry Nance Jr. checks into the game wearing number twenty-two for the first time as a Cavalier.#Cavs pic.twitter.com/PW2pgX1dSd

But for Nance Jr., the week he returned home also featured some cool moments with his family. On Tuesday night, Nance Jr. was sitting on the bench watching his brother Pete and the Revere Minutemen take on Shaker Heights.

The follow-up to Nance Jr.’s visit to his younger brother’s high school game was as to be expected: How do the two brothers match up stylistically?

“Me and him are polar opposites,” Nance Jr. stated. “I stay in the paint and I’m not really a ball-handler. He’s the total opposite. He likes to bring the ball up, take one-dribble pull-ups and three’s and stuff like that. I’ve yet to admit it but I guess he’s a little taller than I am as well. So he’s gonna be really good and I’m just excited to be home and watch him play.”

Pete Nance is a senior and will be attending Northwestern University next fall.

All in all, it wasn’t a bad week for Larry Nance Jr. Moving forward, he’ll continue to look for special moments on and off the basketball court.