Larry Nance Jr.: Cavs new offense is ‘kind of like a five-man attack’ 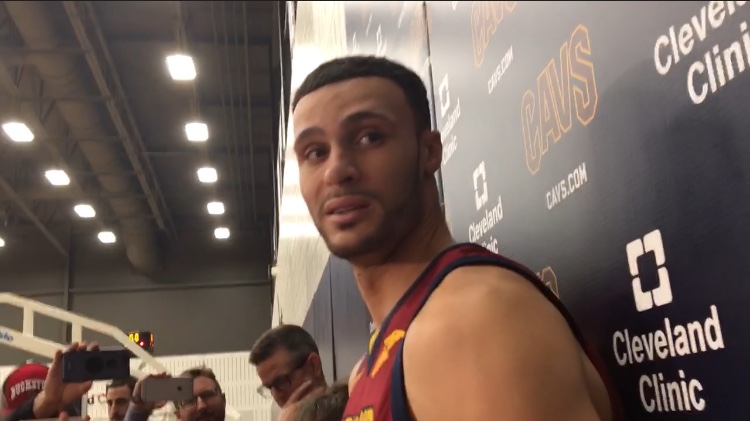 What would a by-committee approach look like for the Cleveland Cavaliers?

From 2014-2015 to 2016-2017, by-committee often meant relying on the Big Three of LeBron James, Kyrie Irving and Kevin Love to lead the team’s scoring efforts while everyone else filled in as a spot-up shooter, rim-runner or defensive specialist. Last season, by-committee meant relying on LeBron, Love and a bench unit that started off the 2017-2018 as one of the best in the league.

This season, by-committee means relying on, well, everyone.

On Tuesday, various members of the Cleveland Cavaliers were asked about their new-look offense and what people should expect to see from a team that no longer relies on the isolation prowess of LeBron or Kyrie.

From Cavs head coach Tyronn Lue to Channing Frye to Larry Nance Jr., the answer was clear: the offense will, for the first time since the 2010-2011 season, be a five-pronged attack.

A “five-man attack” that showcases Kevin Love from all over the floor “early and often.” One with actions ran from every conceivable part of the floor and that doesn’t rely on a player to thrive in isolation. A motion-based offense with plenty of ball and player movement, a quickened pace and guards that attack the rim.

The Cleveland Cavaliers won’t be putting their new look offense on display until tonight at 8:00 PM (EST) at the TD Garden but it sounds as if Lue, assistant head coach Larry Drew and the rest of the coaching staff have instilled a system that every player will both thrive in and enjoy.