Lakers Tried to Trade Kobe for LeBron in 2007 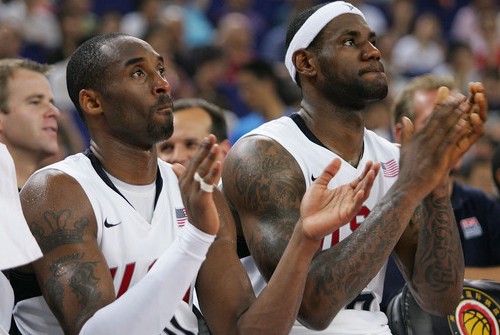 Wednesday night will be Kobe Bryant’s final game in Cleveland, but according to a report, he could have played quite a few more games there if a proposed trade back in 2007 would have gone through.

According to Brian Windhorst of ESPN, multiple sources told him that the Los Angeles Lakers were in talks with the Cleveland Cavaliers to trade Kobe for LeBron James, who at the time was 22 years old, fresh off of being swept four games to none by the San Antonio Spurs in the NBA Finals.

Kobe averaged 31.6 points per game in the 2006-2007 season, but was frustrated with the Lakers organization for not giving him enough help to win a championship.

The Cavaliers declined the trade, but it turned out to be a good move for the Lakers to hang onto Kobe, who won two more championships with the Purple and Gold in 2008 and 2009.

Even if the Cavs would have accepted a LeBron for Kobe trade, Bryant would have had to waive his no-trade clause for the deal to happen, and Bryant told Baxter Holmes of ESPN he would not have done so.

“I never would’ve approved it. Never. The trade to go to Cleveland? Never. That wasn’t one of the teams that was on my list. It was Chicago, San Antonio [or] Phoenix,” Bryant said.