Lake County Captains Head to the Road Tonight Against Lansing; Listen LIVE to All the Action! 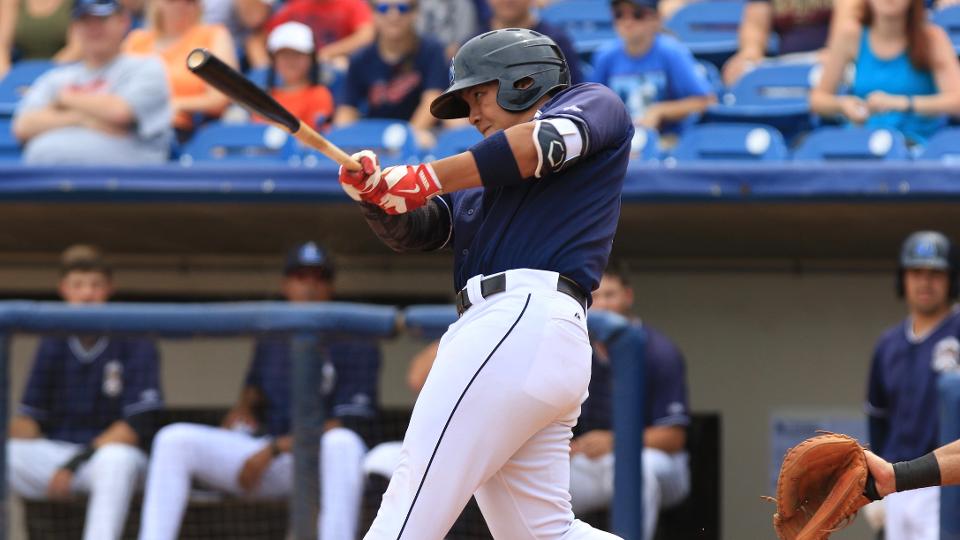 The Lake County Captains wrapped up their first homestand Wednesday night against Great Lakes with a 3-2 loss in 10 innings, and now at 3-4 on the season are back on the road tonight to start a series against the Lansing Lugnuts.

The Captains went 1-5 on their homestand after starting the season 2-0 with two straight wins over the Dayton Dragons. Here’s some of the recap from the Captains official site on the 3-2 setback on Wednesday.

Li-Jen Chu provided late heroics for the Lake County Captains (3-4), but it ultimately was not enough to win the ballgame. Chu forced extra innings on Wednesday with a game-tying single in the ninth inning, but the Great Lakes Loons beat the Captains in 10 innings. An RBI single by Stevie Berman in the 10th gave Great Lakes a 3-2 win in the series finale at Classic Park.

The Captains trailed 2-1 going into the bottom of the ninth, but Jorma Rodriguez started a rally for Lake County with a one-out single to right field. Todd Isaacs then drew a walk to put the winning run on base and move Rodriguez up to second with the tying run. After Emmanuel Tapia flied out to center, Chu squared off against Loons reliever Vinny Santarsiero and worked the count to 2-2. The Captains’ runners took off on the 2-2 pitch and Chu laced a single to center that scored Rodriguez with the tying run. Conner Capel came up next and tried to bunt for a hit, but was thrown out to end the inning and send the game to extra frames.

Great Lakes abruptly regained the lead in the top of the 10th after a Captains error opened the door. Oneil Cruz led off and chopped a grounder to second base, but Erlin Cerda bobbled the ball and Cruz reached safely. Captains reliever Ryder Ryan struck out the next batter, but Cruz stole second. Berman followed with a single to score Cruz and give the Loons a 3-2 advantage.

In the bottom half of 10th, the Captains again threatened, but ran themselves out of the inning. Cerda reached on an infield single to start the frame and Juan De La Cruz blasted a fly ball deep to right-centerfield. De La Cruz’s drive did not have enough juice to leave the yard and right fielder Gage Green caught the ball at the wall, but Cerda had already rounded second base. Green fired back to first base and doubled off Cerda for out number two. Santarsiero then got Alexis Pantoja to bounce back to the mound to end the game.

Don’t forget you can hear EACH AND EVERY Captains game on our sister site – AllSportsCleveland.net – with the official pregame show ‘Captains Live’ starting one hour prior to each game. Tonight click on live at 6pm and then the action from Lansing – Click the Captains Logo below to be taken to AllSportsCleveland.net where you can hear every pitch!