“King James Brings the Land a Crown”, Q & A with Author Chris Parker 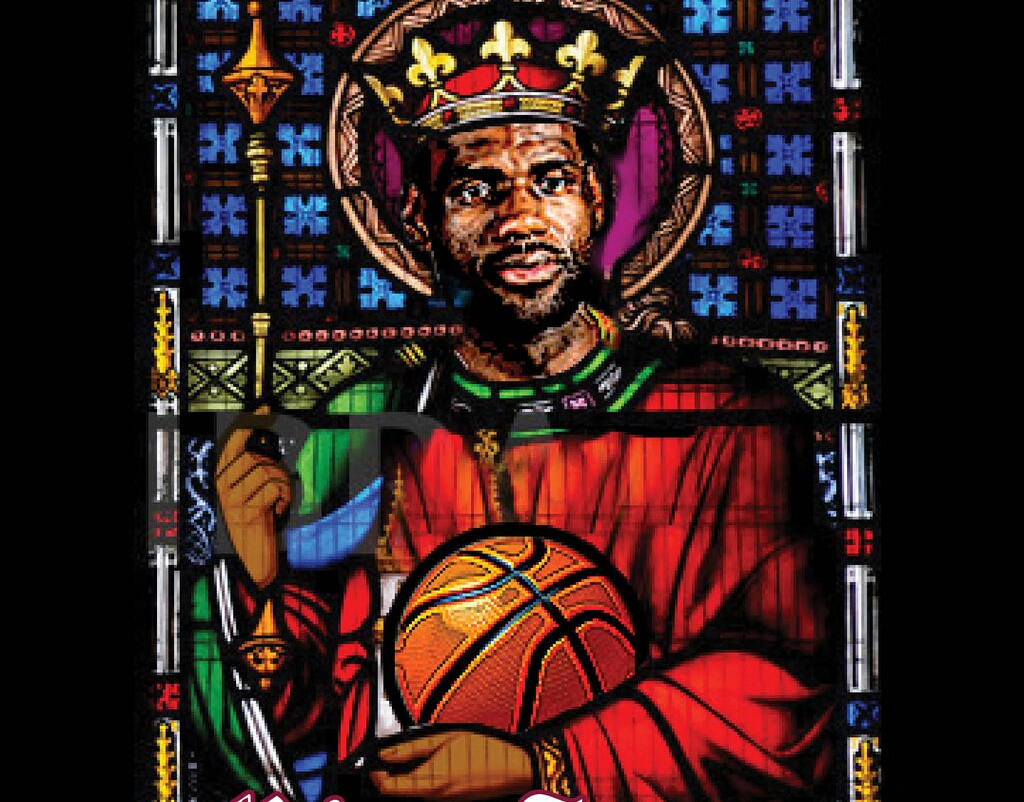 Cleveland Scene’s Chris Parker covers the Cavaliers from a unique perspective compared to what would be considered “traditional” sports writing.

In his new book, King James Brings the Land a Crown, Parker relays the magical run of the 2015-16 NBA season and the Cavaliers’ historic comeback, ending a 52-year championship drought.

I talked with Chris about his book and some of the background behind it.

M: So you weren’t always a sportswriter, how did you first get into journalism?

C: I spent two decades writing for music magazines across the spectrum for places like Billboard, NPR, and from there I started doing more hard news, writing about things like hacking and fracking, but when LeBron came home, I saw that as kind of the most broad-ranged story that I could tell.

LeBron transcended pop culture. He was bigger than Maroon Five. His story of coming home after the way he kind of spurned the town, I thought was a great story and I wanted to tell it.

And the only way to tell it was to get down in it, so I got a press credential and I started going to all the games.

I’m a little bit like Heisenberg – no half measures.

So it started out as going to all the games and then I figured if I’m going to them, I might as well write about it, and at first it would be a column the next day and eventually it became a column that same night.

M:  It’s apparent from your writing that although you have a background in other areas, you also are very “X and O” oriented in your articles, so what is it about your background in basketball that made you such a fan of the game?

I played the sport growing up and in high school so that made it enjoyable. Plus, I think like a lot of fans, I felt like a lot of reporters would ask some pretty lame questions.

You know, I would see Mike Fratello, the Czar of the telestrator, like diagramming plays and explaining what’s going on, but then the sports you read in your local paper are like really dumb!

M: So how does that style incorporate into your new book and what makes your book stand out from the more traditional styles of sports writers?

And I thought ‘screw that.’ I’m not writing for some guy in Peoria, Illinois. I’m writing for the Cavs fans of Northeast Ohio and the people in Cincinnati, who love the Cavs.

So I brought some of the style of my articles into the book, writing some play-by-play breakdowns and getting players’ and coaches’ comments about those plays because I didn’t want to have some lame-ass quote about “well, you know we played really hard.”

So I wanted to give the detail behind what they were thinking, like “oh yeah, they were doubling him in the post and they kept leaving Love open and he kept making them! And they already left Frye open the night before!”

Throughout the book it kind of takes you through the ups and downs of the season and it kind of lets you experience it in real time.

M: You were at those games you’re referring to in Atlanta, where Frye and Love went off, and I imagine reading your book could kind of give your experience of what the atmosphere was like in those road arenas, like Phillips Arena and the Oracle?

C: To be honest, I didn’t really inject myself into it and I wanted to give a more detailed, but more like from a reporter angle.

Every chapter kind of starts with an event. For example, the chapter about the Atlanta series starts out talking about the addition of Channing Frye and how he changed the attitude of the team and got them into a different place.

As you know, all season it was like a whole tapestry and everyone played a role.

So that’s what I tried to do was bring out of all the characters who played a role, like Delly and Dahntay Jones, because everyone did.

M: And I’m sure during the book you kind of dive into the David Blatt situation and how big a role that played in the story.

It didn’t help that the press didn’t really like him, but he did bring that on himself kind of because he was a bit snarky.

He isn’t Gregg Popovich, so he can’t make fun of questions the way Pop does.

M: And along with that change midseason to fire Blatt, how big were some of the veteran additions to add Richard Jefferson and Frye, especially because Frye was replacing a fan-favorite, Anderson Varejao?

C: In the book, I kind of talk about how RJ was really a no nonsense type of guy and when Frye arrived he was kind of the same guy, like just cutting through the bullshit.

Like Frye would put James Jones, Kevin Love and LeBron all in a group text, even though they may not all text each other.

And Frye kind of had an attitude like “why so serious?”

The team was so serious and stern and I think LeBron always had that harsh taskmaster way of going about his work, like “We have to prepare and focus!” But the team wouldn’t focus.

And going back to Channing, I think he loosened the severity and showed that it was possible to have fun AND be focused.

I think some of the guys who felt a little tense because LeBron is so intense – you know LeBron is the best player in basketball and works his butt off all the time to get better – he intimidates other guys.

Like LeBron thinks “you’re not as good as me, why wouldn’t you be working just as hard as me?”

I mention in the book how J.R. Smith said when he got to Cleveland you don’t even think about having a night life because there is no night life.

And how LeBron would say straight out, “if you aren’t here for the team, you need to look for the door!”

M: And one last thing I wanted to ask you about was your experience inside Oracle Arena for Game 7.

C: In the book, I talk a lot about the game. I don’t go too much into what the arena was like just because I remember what the Q was like for Game 6 in 2015 and watching them celebrate.

But for your readers, I will say I remember that for all of the game it was so loud and then all of a sudden for the last two minutes, it was dead silent.

And then I remember seeing like all of the Warriors fans sitting against the wall in defeat and sending their final tweets.

It was kind of cool because then you walk into the Cavs locker room and there’s like this inferno of popping champagne and giant cigars.

And it was like all these people outside this door are REALLY UNHAPPY! Right next to this room where everyone is REALLY HAPPY!

It’s a great Christmas present for the diehard Cavs fans in your life and NEO Sports Insiders will also be giving away a copy this weekend!