John Deere Classic and Olympic Golf Take Over the Weekend 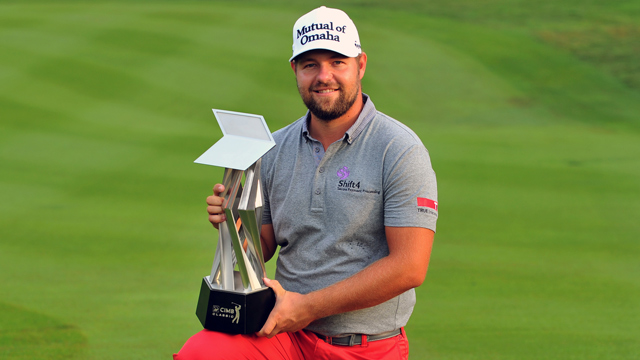 With a bogey free final round, Ryan Moore won the John Deere Classic by two strokes over Ben Martin. The field was lacking in any real marquee names, but that didn’t mean it wasn’t worth watching. Moore shot 3 consecutive rounds of 65 and a final round of 67. Moore would sink a 24ft putt for birdie on the fourth hole that I’m sure inspired his flawless final round. He would also record only one bogey over 72 holes. That’s incredible.

This was Moore’s first win since successfully defending his title at the CIMB Classic in Malaysia in 2014. With the win Moore moves from 62 to 23 in the FedEx Cup standings.

So while no real big mix up occurred, or any photo finish for that matter, the quality of play that was on display was still very entertaining to watch. The game of golf, like many, is a game of inches.

The slightest variation to your swing can throw of your entire round. With that being said, the players in the top 10 didn’t record a round over 71.

AND… For the first time in 112 years we had golf back as an Olympic Sport. One of my favorite golfer’s, Justin Rose of Great Britain won the gold, Henrik Stenson of Sweden won silver, and Matt Kuchar of the United States of America won bronze. Kuchar’s impressive comeback gave the USA their first Olympic Golf medal since 1904.

The Olympic Course in Rio de Janeiro, Brazil was in pretty good shape. The course was a bit different than any we’ve seen in America. There was no rough and no trees. The shots that were hit through the fairways would land in a variety of native grasses and sand. The style of course would be labeled as sand-belt, which is the style you would normally see in places like Australia.

The Golf was more enjoyable than I expected this weekend. I figured with the very few marquee names that were playing this weekend in the John Deere because several players backed out the Olympics and figured that playing in the another tournament might look bad even though they did not play in Rio due to heath precautions…Which is perfectly reasonable in my opinion.

But he Olympics were fun to watch because of all the international talent and to see a new golf course specifically built for these Olympics. And since there are very few courses in Rio, I’m hoping we will see this course again, perhaps on the regular PGA Tour season.

The FedEx Cup approaches fast and we have the last tournament worth 500 points. The final four tournaments before the Ryder Cup will be worth 2,000 points. Next weekend we have the Wyndham Championship being held at Sedgefield CC in Greensboro, North Carolina. Last year’s Champion: Davis Love III.