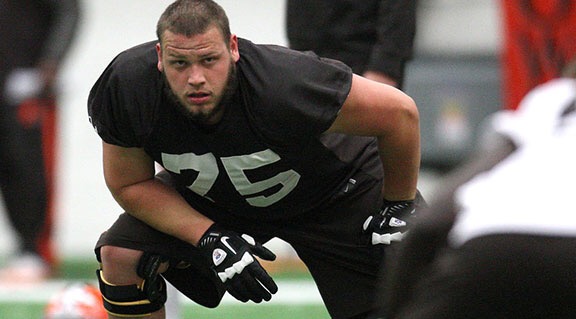 The Cleveland Browns starting left guard Joel Bitonio is the latest casualty to hit the club with a mid-foot injury.

Bitonio will be out for an extended amount of time. He sustained the injury in Sunday’s 33-13 loss to the New England Patriots. Although hurt, Bitonio did not miss any of the team’s offensive snaps Sunday.

On Monday, The Browns claimed and were awarded former 2013 No. 7 overall pick Jonathan Cooper off of waivers from the Patriots.

C Cameron Erving could return which would allow John Greco to move back to right guard and Alvin Bailey could slide over to left guard. Cooper, as well as fifth round pick Spencer Drango, could also be called up to fill rolls as well. Erving has missed the last 3 games due to a bruised lung during the team’s Sept. 18 loss to the Ravens.