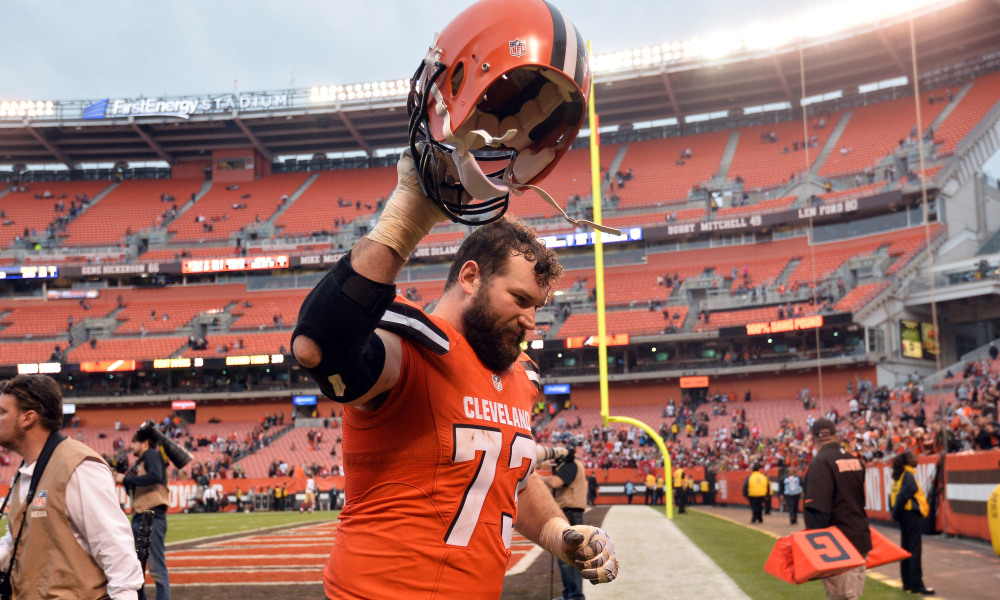 During Sunday’s Browns game, Left Tackle Joe Thomas had his consecutive snap streak of 10,363 snaps broken. Thomas left the game because of a triceps injury.

On Monday, Thomas went for an MRI.

Thomas did send out the following tweet though before undergoing his MRI:

Tough day today. I appreciate the outpouring of support! MRI Monday to figure out where we go from here. Go Browns!!

Ian Rapoport of NFL.com and NFL Network broke the news that Thomas is indeed done for the remainder of the season.

#Browns LT Joe Thomas does, in fact, have a torn triceps, source said. Rough end to his season.

From @gmfb: #Browns LT Joe Thomas, one of the pillars of that organization, tore his triceps (now confirmed) on Sunday. Surgery coming: pic.twitter.com/yW1ewKN4Ds

It does seem like Joe Thomas is still in good spirits though following the MRI.

The Geneva convention on torture (confinement, stress positions) was just violated when they wedged me into that MRI tube for 2 hrs. Yikes!

As mentioned in a previous article today, the Browns will now have Spencer Drango placed at Left Tackle.