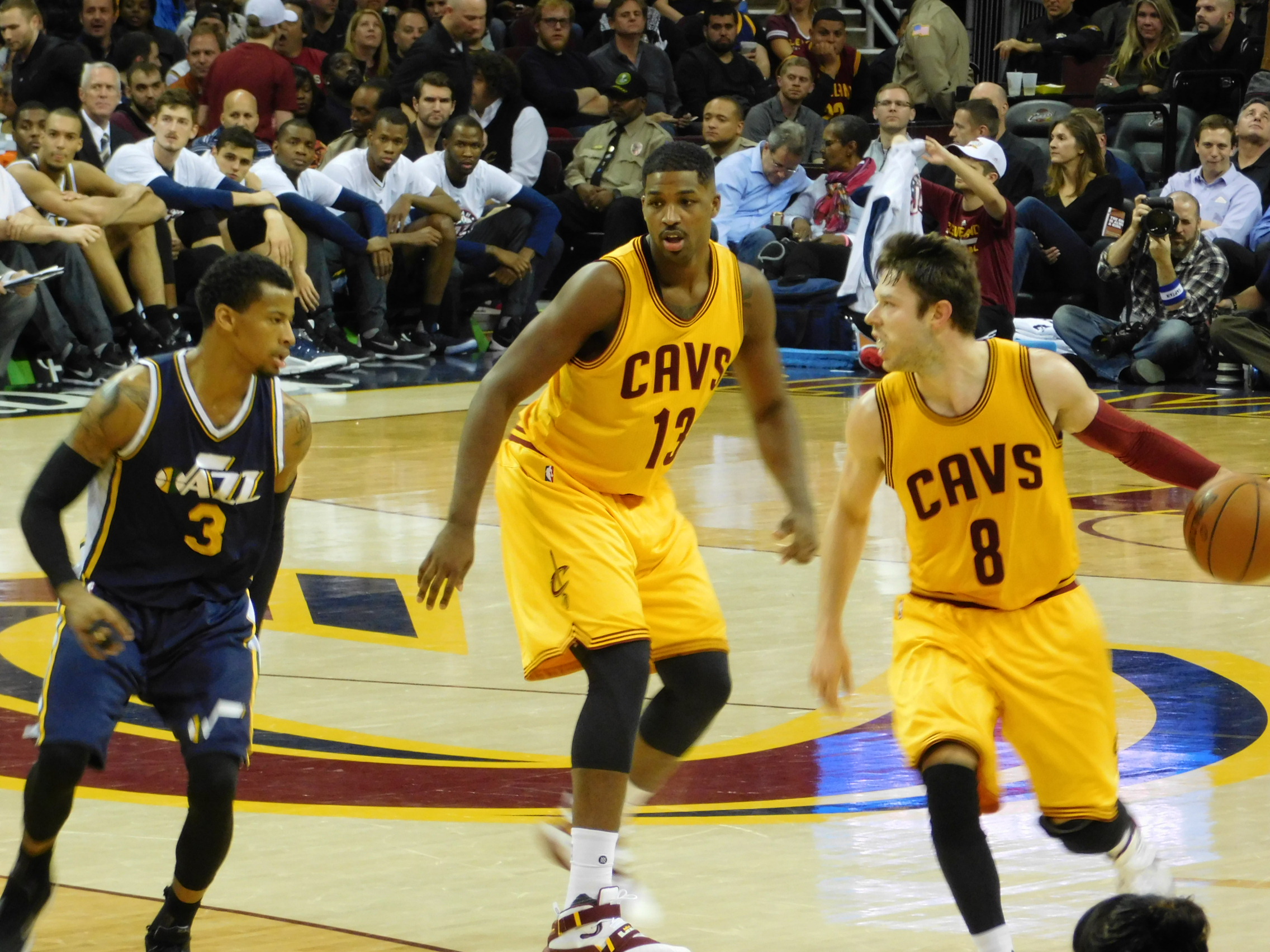 Cleveland got off to a hot start, shooting 60 percent from the field in the first quarter and led after one quarter 27-22.

Mo Williams in particular was a go-to man for the Cavs in the first quarter, as he hit all four field goals he attempted.

The Cavs kept rolling in the second quarter, going on an 11-4 run to start the quarter and increase their lead to 12.

Utah would climb back as the quarter progressed, and cut the deficit to two, thanks to a 15-5 run.

Williams hit two big three-pointers in the quarter for the Cavs, and stayed perfect hitting all of his six shots in the first half. Williams led the way in scoring for the Cavs with 15 points at halftime.

Every time the Cavs would start to get a little bit of breathing room late in the quarter, the Jazz would answer back, and Cleveland entered halftime leading 52-48.

Gordon Hayward, Derrick Favors, and Alec Burks all scored double digits for the Jazz in the first half, Hayward leading the way with 13 points.

Utah would tie the game early in the third quarter before Williams again drained a three.

The Cavs and Jazz continued to battle back and forth in the third quarter, and Utah took the lead on a three-pointer from rookie Trey Lyles.

Both teams kept pace with one another the rest of the quarter and the game was tied at 80 heading into the fourth quarter.

The Jazz benefitted largely from their bench, as Burks scored 24 points on the night and backup point guard Trey Burke scored 16.

Tristan Thompson blocked three shots in the fourth quarter, but Utah still managed to increase their lead up to 95-86 with just over seven minutes to play.

After the Cavs cut the deficit down to four, James picked a breakaway steal, drove to the hoop and was fouled by Rodney Hood, sinking the layup and converting the and-one to make it a one-point game.

Hood made up for it on the next possession, draining a three from the corner.

LeBron was relatively quiet for the first three quarters, scoring just 14 points, but after a big fourth quarter he ended up being one of three Cavaliers with 20 or more points on the night, as LeBron scored 31 points, Kevin Love scored 22, and Williams put up a season-high 29 points on 8 of 9 shooting with six assists.

Cleveland’s 18-3 run in the fourth quarter gave the Cavs a five-point lead with just over three minutes to play.

Utah would answer back little by little and thanks to another clutch three pointer from Hood, the Jazz got it down to 107-103 with a minute and a half to play.

Six members of the Jazz scored 15 or more points on the night.

Jazz power forward Favors came through with a big offensive rebound and layup to make it a two-point game with 1:08 remaining.

LeBron responded with a drive to the hoop and banked it in.

The next possession Favors was fouled by Matthew Dellavedova, which put the Cavs in the penalty, but Favors missed both free throws.

The Cavs would hold on to win 118-114 and extend their winning streak to seven games, tying the franchise record for best start to a season, putting Cleveland at 7-1 on the season.

The Cavs have a few days off to rest and travel to New York to take on the Knicks at Madison Square Garden Friday night at 7:30 pm.