In a prove it year, Corey Coleman is working overtime 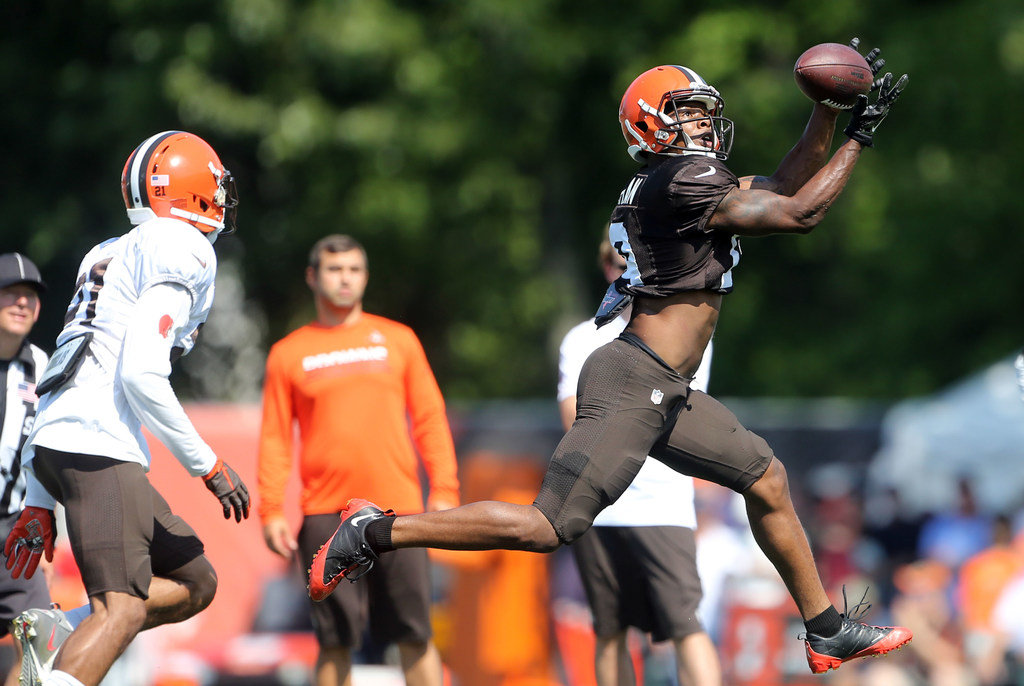 BEREA, OH – Since being drafted 15th overall in 2016, Browns wideout Corey Coleman has failed to live up to the expectations of his draft status.

In two seasons he’s played in just 19 games, averaged 28 receptions, 359 yards and 2.5 touchdowns. Browns fans remember Coleman more for his lowlights than his highlights. Still fresh in their minds, a crucial drop on fourth down in Week 17 against the Steelers that sealed Cleveland’s embarrassing 0-16 season.

Those first two seasons also featured some unfortunate luck, in the form of similar fractures in his left hand.

With training camp underway, a new opportunity awaits. And while Coleman thinks the narrative about this being make it or break it year for him is being blown out of proportion, he does expect to take a big step in 2018.

“Going into my third year, it is time to take a big step,” Coleman said on the first day of camp. “I feel like it is important.”

That was day one of camp. By Day Four he was practicing what he preached. Given the opportunity to take a rest day on Sunday, Coleman turned down the offer.

“I will say this about Corey, today was the day because of his soft tissue situation that he was supposed to be down,” head coach Hue Jackson said following practice. “He said, ‘No, Coach. I want to practice.’ That was really good to see him step up. That is what you want to see. Go out there, compete and make plays.”

That’s the attitude Browns’ fans can certainly appreciate from a player with something to prove – whether he believes it or not. Lo and behold, Coleman’s desire to be out on the field, resulted in his most impressive and consistent day of camp thus far.

Will Dez Bryant’s Twitter rant hurt his chances of signing with the Browns?
Browns Training Camp Day 5: What You Need to Know If You’re Heading to Berea