Hue Jackson Close To Being Hired By Cincinnati Bengals 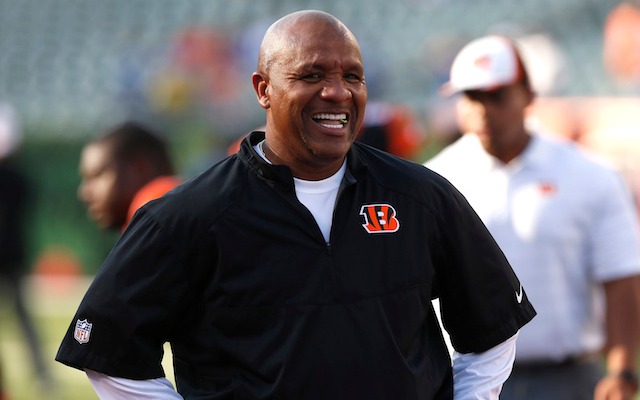 Both Mike Silver and Ian Rapoport seem to believe that the Jackson announcement is only minutes away at this point.  Both had this to tweet earlier about the situation.

Sources: Former #Browns coach Hue Jackson is slated to be in Cincinnati imminently to join the staff of #Bengals coach Marvin Lewis. The title is not yet clear.

Hue Jackson has great affection for Marvin Lewis, the Brown family and the city of Cincinnati. He’d obviously listen intently to anything Marvin and the Bengals might propose.

Stay locked into NEOSI for more on this breaking news.  Jackson had the most success of his coaching career while serving under Marvin Lewis in Cincinnati from 2004-2006 as receivers coach, then again from 2012 – 2015 in various different roles before taking over the Cleveland Browns, and going a prompt 3-36-1 in a miserable stay as head coach.