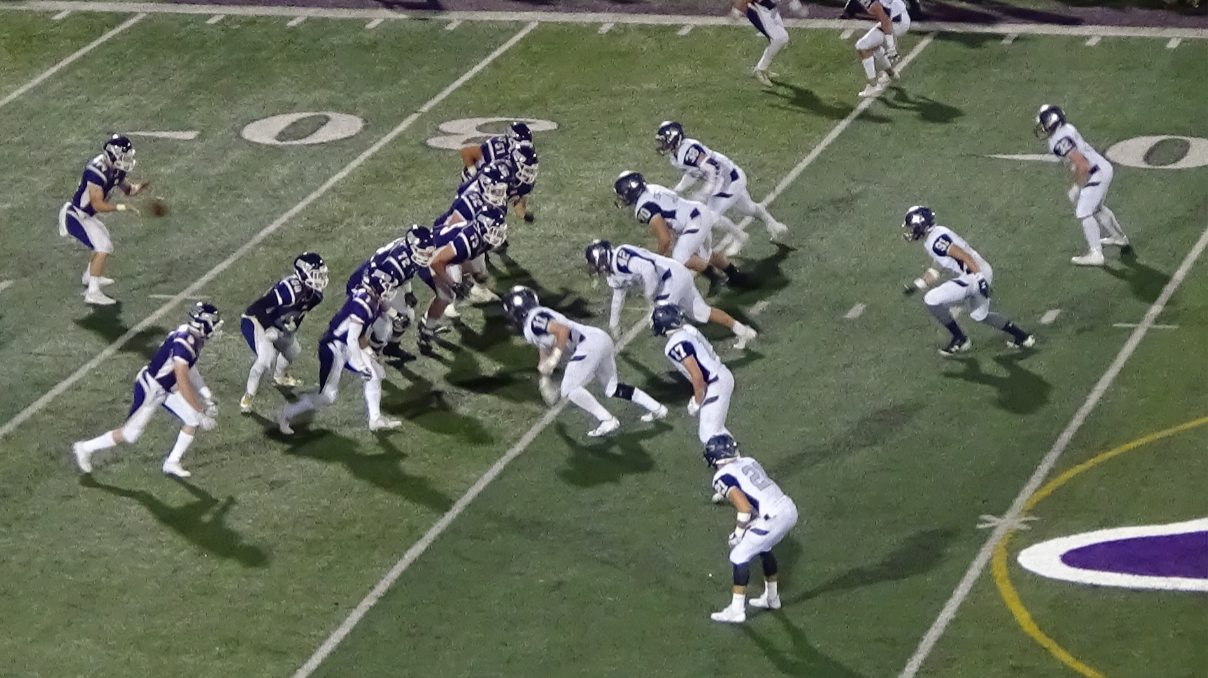 NORTH ROYALTON, OHIO— It was a rough night for the North Royalton Bears as they struggled offensively and defensively throughout the entire game. The Hudson Explorers came out firing on all cylinders, and led the Bears for most of the game, taking a 44-21 victory, and increasing their record to 5-1 in the Suburban League standings.

The Explorers would go on to score another touchdown towards the end of the first quarter bringing the score to 13-0.

The Bears struggled from the start of the game as quarterback Joe Marousek was sacked, there were four penalties, and an interception all within the first quarter of the game.

Not only did the Hudson Explorers come out with an explosive offensive, their defense was smothering, and only allowed the Bears to score three touchdowns for the entire game.

Hudson’s game proved to be too much for the Bears as they struggled to keep the Explorers from scoring. The Bears defense would allow Explorers quarterback Colt Pallay to throw five touchdown passes throughout the game.

Bears head coach Nick Ciulli, said after the game that too many errors made it difficult to win the game against Hudson.

“We made too many mistakes, and against a team like Hudson who’s that good, and that top team in the state, you can’t make those mistakes and expect to win.”

When asked what contributed to the Bears offensive struggles, Ciulli said the Explorers defensive speed, and being quick up front led to his team to struggle offensively.

“I think their defensive speed was good,” he said. “They were very quick up front, and gave us some trouble because we were not able to pick up some of the linebackers and their defensive ends came real fast.”

The Bears fall to 3-2 overall and 1-2 in conference play. They fall two spots to No. 5 in the Suburban League standings behind Stow-Munroe Falls. North Royalton will play No. 2 Wadsworth on Friday, Oct. 6 at 7:00 p.m. at home.

The Explorers will take on Cuyahoga Falls in Week 7, and are now 5-1 overall and 3-0 in the Suburban League.