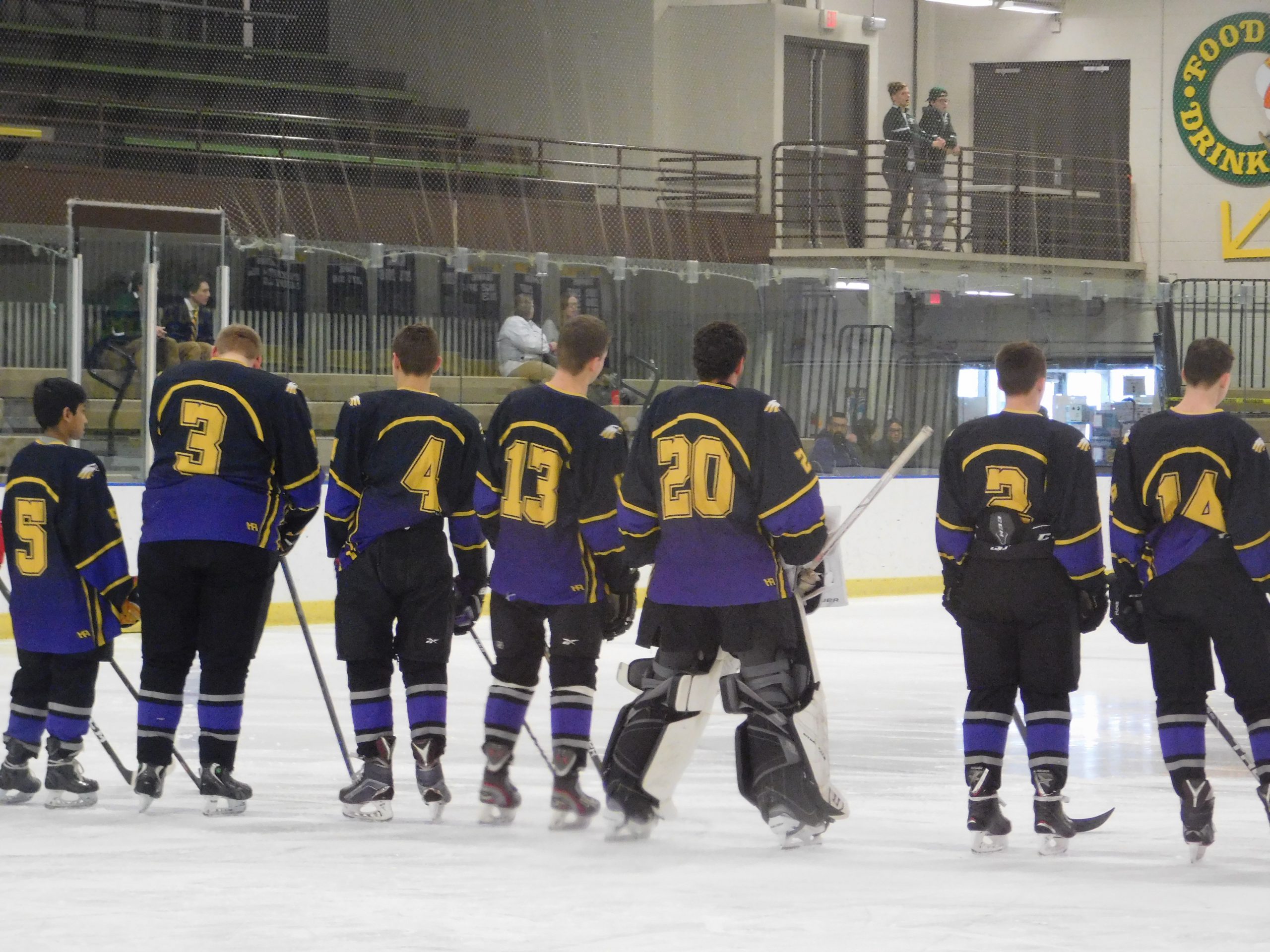 The Avon Eagles are moving on in the Brooklyn sectional-district tournament, as they took care of the Parma Redmen on Sunday night, winning at the John M. Coyne Rec Center 6-3.

The Eagles, in the White South Division of the GCHSHL, went just 4-19-3 this season, but dominated the Redmen from the start, building a 5-0 lead after a goal by Logan Brown with 10:25 left in the second period.

The Redmen tried to make it a game after that, and outscored Avon 3-1 the rest of the way, but the Eagles were able to take home the win after building the huge lead.

Kyli Warnkin put up a solid game in net for the Eagles, as he turned back 32 saves to earn the win.

Avon went up 1-0 with 9:54 to play in the first period on a goal by Jack Goetz, and built on the lead to take a 2-0 lead after one following a breakaway goal by Mike Perusek with 1:59 left in the first.

A last first period powerplay goal by Perusek made it 3-0 Avon after one, as they outshot Parma 16 to 8 in the first period.

Early in the second the Eagles went up 4-0 on Goetz’s second goal of the night, and then Brown’s goal put them up 5-0 before the Redmen finally got one back.

The Redmen scored on a powerplay goal, and then lit the lamp two more times in the second to close it to a 5-3 game after two, with all three of Parma’s goals coming in the final 5:31 of the second.

Avon though closed out the win with a goal from Ian Dargai in the third making it 6-3, which also was the final.

The Eagles season will continue on Wednesday night as they will take on the St.Edward Eagles in Brooklyn. St.Ed’s shutout Avon Lake Sunday 10-0 to advance.