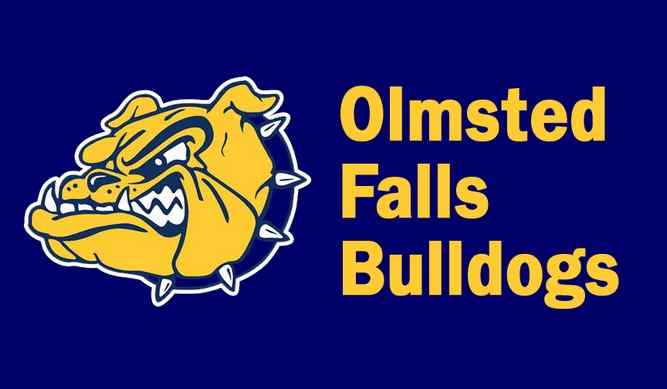 On a bumpy pitch in Olmsted Falls the Avon Lake Shoremen battled to a 0-0 draw against the Olmsted Falls Bulldogs in an SWC matchup.

Avon Lake had the first real chance of the game in the 6th minute after junior Spencer Chippi played a cross from the left corner to the back post for senior Joey Caputo, but his half volley attempt was blocked by a Bulldogs defender.

Chippi would find room to operate frequently down the left throughout the first half, delivering several crosses into the box, but none of his services could be turned home.

In the 23rd minute sophomore Cullen Reutter played a one touch pass to senior Edison Lemanowicz on the left flank, who sealed his defender off to let the ball go by before dribbling in on goal, but his shot was saved by the keeper, who blocked it and then recovered before the rebound could be poked in.

Then in the 31st minute Lemanowicz shook free of his marker near the top of the 18 and unleashed a hard shot that the Bulldogs keeper saved, bobbled then grabbed before junior Danny Lambert could sneak in and finish.

Shortly after Lemanowicz again found the ball near the top of the box but this time played a neat pass to Lambert on the right, but his cross whizzed through the 6 and then out for a goal kick.

In the 38th minute the Bulldogs almost snuck one after a corner kick made its way to an unmarked player at the back post, whose half volley attempt was powered wide left of the goal.

The halftime score was 0-0, as a frustrated Shoremen squad were unable to find that elusive finish against an organized Bulldogs squad packing it in.

The second half yielded more chances but still no goals. In the 43rd minute Drew DelGiudice stepped up to intercept a ball and drove down the left side before using a Cruyff turn to get space from his defender and send in a cross that squeezed through to junior Josh Lawniczak, but his attempt to hammer home missed wide right.

Lawniczak then played a nice ball over the top of the back line in the 45th for Lemanowicz to sprint on to but the Bulldogs keeper, who was quick off his line all game, anticipated and made a sliding clearance outside his box to eliminate the threat.

DelGiudice had another opportunity in the 47th as he received the ball in space and dribbled into the Olmsted Falls 18 yard box before utilizing multiple stepovers to get free for a shot, but it was pushed wide right.

Olmsted Falls had another dangerous free kick opportunity in the 51st minute and forced a save by freshman goalie Zach Glesius at the near post.

The Bulldogs keeper made another excellent read after a Lemanowicz through ball to Chippi flying in from the left in the 53rd minute challenged him to come out quickly and make a sliding save.

In the 58th minute senior Andrew Jacobson fed a pass on to Lambert in the space behind the Olmsted Falls defense but as he loaded up for his shot a Bulldogs defender cleared it past the end line for a corner kick. The subsequent kick from Chippi was met by DelGiudice’s head but bounced just wide to the left.

A flurry of chances for the Shoremen happened in the 62nd minute but the Bulldogs keeper was up to the task, first stepping up and jumping high to punch out a dangerous cross, then using outstanding reflexes to make consecutive sprawling saves as Avon Lake looked to put the ball into the back of the net.

Perhaps the best chance of the evening game in the 65th minute as Lambert received a ball in behind the back line and sprinted in on goal. His initial shot was deflected by the goalie and as he pounced on the rebound with the keeper away from his net, a recovering defender tackled the ball out of play saving a potential goal.

Olmsted Falls did well defending with numbers and looking to spring a counterattack, and in the 74th minute a long ball forced Glesius to be quick off his line and make a sliding save.

In the 76th minute Caputo hit a bending free kick from past midfield into the heart of the Bulldogs box, but again their keeper made a sound decision, stepping forward and leaping high to punch the ball out.

“This felt like a playoff game,” said head coach Pete Klepek. “We were getting forward pressing for that go ahead goal, but credit to Olmsted Falls for hanging tough. Their keeper was great tonight and they defended well. We will see tough games like this in the playoffs so hopefully we learn and grow from this.”

The JV Shoremen also tied their match 2-2, with an own goal by the Bulldogs and a beautiful strike from sophomore Logan Allemeier making up the scoresheet for Avon Lake.

Both teams travel to North Royalton on Saturday evening for non-conference games at 5 and 7pm.