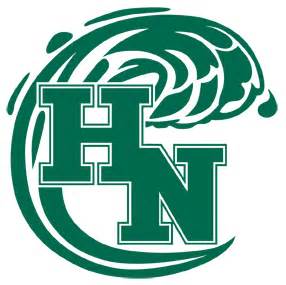 The first Great Lakes Conference matchup of the season for both teams showcased what the conference is known for, heart and hustle. Both Bay and Holy Name battled with those attributes but in the end the Green Wave came out on top by a score of 35-27. 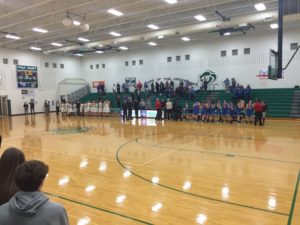 The first quarter was an absolute defensive battle with both teams playing great on ball defense, taking charges and stealing the ball. The first points came with 5:24 left in the quarter from Destiny Jackson off a steal on a fast break lay up. Several 50-50 balls were up for grabs in not only the opening quarter but the whole game as several players from both squads will wake up tomorrow with horrendous floor burn. The first quarter ended with both teams getting into a groove as the score was 9-7 in favor of Holy Name.

The aggressiveness and hustle did not stop there as the second quarter started and it was a repeat of the first featuring hustle from both sides. The key to this quarter was turnovers and capitalizing from them as Holy Name did so having multiple fast break opportunities forcing the Rockets to not be able to get into their competitive 1-3-1 defensive stance. Going into the halftime break the Green Wave led over the Rockets by a score of 19-13.

Coming out of halftime Bay went on a run of 6-0 to tie the game at 19 until Jackson forced a Rocket turnover and laid the ball in for the Green Wave. The low scoring third quarter came to an end, but not before a technical was called on senior guard, Maddie Holmes with fifty seconds to go in the quarter and after the free throw made by Grace Riley the score became 26-21 going into the final quarter.

The fourth quarter started with several three point shots missed by both teams until Bay sank one to bring the game within two. The next three was made a few minutes later by Molly Searles who was assisted by Nicole Sabol for Holy Name to expand the lead once again. The game then became a fouling contest with the Rockets sending Hannah Kowalski to the line a total of three times as she made 4 of the 6 shots to make the score 35-27 which would ultimately be the final score.

Following the Green Wave win senior guard, Grace Riley stated, “Our aggressive defense is key when it comes to teams that outsize us like Bay did. Also having five girls on the floor that can be a threat to score instead of having one lead scorer makes us very hard to defend. As underdogs, it really helps having so many girls that are so passionate to win.”

St. Ignatius Path To The State Championship Game
GCHSHL Comes To The Q Arena For 2016-17 Season