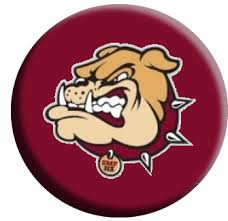 The Stow Bulldogs picked up an 8-3 win over Suburban League rival Wadsworth on Wednesday, March 29.

Stow received four strong innings from sophomore Evan Bainbridge, who surrendered one run on five hits, walking one and striking out three.

The 6-foot-8 right-hander reached 84 miles per hour on the radar gun and was able to mix in an effective curveball throughout the day.

Stow jumped out to a 1-0 lead in the top of the first, thanks to three straight singles, including an RBI base hit by first baseman Eric Schilling. That wouldn’t be the last time we heard from Schilling.

Junior right-hander Dylan Kubilus worked his way out of the jam, picking off a runner at second and limiting the damage to one run. His offense answered right back, as Austin Manix delivered an RBI double to tie the game, but Stow right fielder Jordan Jolly was able to keep Wadsworth from adding on, making a spectacular diving catch to end the inning.

Bainbridge had a nice cushion to work with after two innings, as Stow’s offense pushed four runs across in the top of the third to give the Bulldogs a 5-1 lead. All nine hitters took trips to the plate in the inning for Stow.

Brett Rhodes (3-for-3), Griffin Mohney, Nick O’Verko and Thomas McLaughlin each drove in a run in the inning, as Stow’s offense (one through nine) was firing on all cylinders.

Manix crushed his second double of the game in the bottom of the third and Wadsworth had runners in scoring position with one out, before Bainbridge struck out the next two hitters to get out of the jam.

The right-hander made quick work of the Grizzlies in the fourth, earning an opportunity to stay on the mound with a 5-1 lead in the fifth.

After the lead-off man reached base on an error, coach Aaron DeBord went to the bullpen, calling on senior righty Stephen Falbo.

Wadsworth’s offense took advantage of the miscue as Manix drew a walk, Josh Hagans plated a single, and the Grizzlies scored runs on a sacrifice fly from Luke Clinton (1-for-3) and an RBI fielder’s choice ground out by Austin Webb.

Webb’s grounder was scorched to the hot corner, but McLaughlin made a diving stop and gunned him out at first, a play that may have saved the inning from getting out of hand.

It was a two-run game heading into the sixth and Stow answered back quickly, as O’Verko led off the inning with a double and Drew Bradley drove him in with a single.

Sophomore left-hander Collin Harris came out firing strikes in the bottom half of the sixth, setting down the side in order, striking out two.

With a three-run lead in the top of the seventh, Schilling blew the game open with a two-run bomb to left field.

The homer followed up Jolly’s lead-off walk, and Schilling swung at the first pitch.

“Coach told me that the first pitch was mine and the second pitch I was gonna’ have to bunt,” Schilling said.

“I really didn’t want to bunt.”

DeBord was pleased with the way one of his key players delivered in a key moment.

“You can’t ask for more than that,” he said. “You’ve got your three-hole hitter up in a big spot and he comes up and makes a big play. That’s what guys who are in his spot need to do and he executed very well.”

Stow went into the bottom of the seventh with a five-run lead and Schilling took the mound to close it out.

Wadsworth threatened with two outs, as Hagans (3-for-4) hit his third single of the game and Clinton mashed a double, but the Bulldogs finished it out, as Webb flied out to Jolly in right.

The Grizzlies left two runners stranded in that seventh and final inning, and finished the day with nine men left on base – something that coach Greg Pickard thought made a big difference in the outcome.

“We left some opportunities offensively out there,” he said after the game.

“I think we had guys on third three different times with less than two outs and we didn’t get them in early in the game. So that may have changed things a little bit. We’ve got some younger guys out there and we have to take better advantage of opportunities when we get them.”

Although Wadsworth fell into an early hole, the Grizzlies fought back for much of the game and received an impressive performance out of the bullpen from Trey Shaffer, who allowed one run in 2.2 innings, before Schilling’s homer.

“He was probably a little hyped up when he got out there,” Pickard said. “He’s a freshman and it was his first time on the mound this season, but he pitched well. We’re really pleased with his progress so far. He might have got a little tired there at the end, but that’s alright. He left one up, learned the lesson early and hopefully he learns from that moving forward.

Wadsworth falls to 0-1 with the loss after dropping the season opener. The loss also snaps a remarkable 40-game win-streak at home for the Grizzlies.

An amazing streak of 40 wins in a row at the Swamp, comes to an end today, as the Grizzlies drop their opener to Stow 8-3.

Stow played a solid seven innings in all facets of the game, and bounced back after losing its season opener to improve to 1-1.

Bainbridge earned the win in his first outing of the season, starting 2017 on a good note.

“I felt good,” he said. “My warm-ups were a little shaky and I gave up that run in the first inning, but my next three innings were all scoreless after that, so it was good.”

The Bulldogs and Grizzlies go right back at it on Thursday, March 30 at Stow, so there’ll be a quick opportunity for either team to set the tone on the season series.