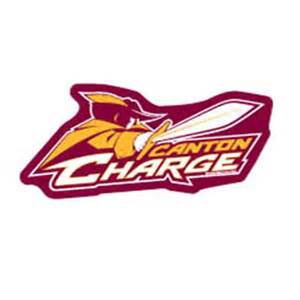 CANTON, OHIO– Defense. Defense. Defense, or a lack thereof, allowed the Wisconsin Herd to march into Canton and defeat the Charge, 139-119. The Charge gave up a season high in points in the second quarter (45) and if that wasn’t bad enough they also allowed for the most points in a half (77) as well. Despite a poor defensive effort, they still only trailed by 10 at the half.

Coming out of the break it was obvious that the Charge needed a stronger defensive effort in the second half if they were going to give the home crowd a wine and gold win. Canton was able to hang around for most of the quarter. There was an sequence where Gerald Beverly got a huge block on the Herd’s Joel Bolomboy, and Canton quickly got the ball up court and London Perrantes hit a three. Canton got another stop and Gerald Beverly again made a big play, this time on the offensive end, when he completed an and one.

This is where Charge fans should look away as things went down hill from there for the Charge. Following Beverly’s and-one, the Herd proceeded to go on a 7-0 run to extend what was once a nine-point deficit to 16 points. Down 16 going into the fourth quarter seemed like a low point for Canton, until 32-year-old and former Cleveland Cavalier Shannon Brown turned back the clock and scored seven of the Herd’s first nine fourth quarter points to help extend the lead to 23 points.

As bad of an effort Canton displayed on one end of the floor, the offense actually played pretty well. Coach Nate Reinking was pleased with the season high in team assists (31).

“One end we were pretty fabulous,” he said. “The way we moved the ball. But you can’t give up this many points and win in this league.”

The man once again leading the way was Cavalier two-way player London Perrantes who had eight assists to go with his 25 points. Although his 12 points and five rebounds may not jump off the page at you, Gerald Beverly was the game MVP tonight. In his 20 minutes of action he was plus-12, which was the highest on the team. While that’s impressive, his hustle and ability to do the little things was what stuck out. On a night where there are very few positives for the Charge, the continued development of Beverly is a positive sign.

Canton has now lost five of its last seven games, but luckily they can get redemption from tonight’s disappointment soon. The Charge travel North to take on the Herd in Wisconsin on Jan. 3, before returning home next Friday for the Atlantic Division leaders the Westchester Knicks.

As he turns 33, LeBron is playing some of the best basketball of his career
Isaiah Thomas will make his debut Tuesday against Portland