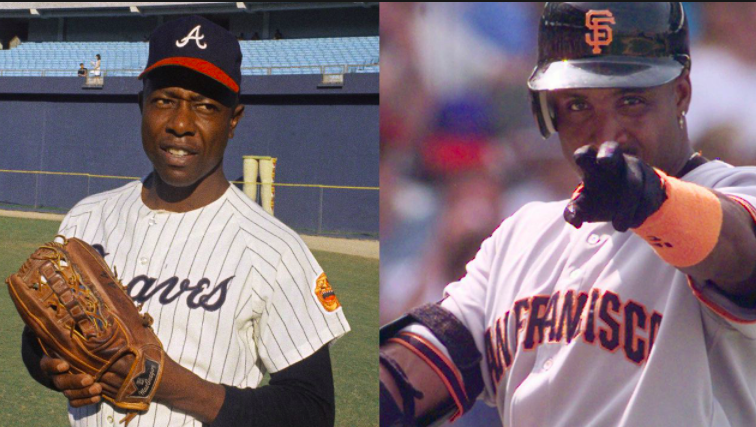 Firstly, I want to extend my condolences to the Aaron Family, friends and all of his fans. May Henry Aaron rest in peace after living a long and full life to the age of 86.

This is the problem and its one that has conflicted baseball fans for years now. Barry Bonds leads the home run charts with 762 total blasts in his career. Now, Aaron sits at 755 for his 23-year career. I was not a great math student, but it’s pretty clear that 762 is greater than 755.

So, Barry Bonds should be considered the home run king?

Barry Bonds cheated his way to the top. He also lied to a grand jury about his use of anabolic steroids and human growth hormones. Bonds also simply didn’t carry himself in the same noble way that the legendary Hank Aaron did. Plus, Aaron had to overcome the death threats and hate mail that came his way from an America that was even more racist back in the 70s compared to today.

The problem is that the numbers tell one story, but logic tells another. There is no way Barry Bonds is held in the same regard as the late-Aaron is by baseball fans through generations and across the country and beyond.

Now, there’s no way anything could make Hank Aaron even more legendary than he already is, right?

Aaron is a Cleveland Browns fan and had sat in the Dawg Pound to watch his favorite team play. The following is from a WKYC article:
“Although the 25-time All-Star spent all but the final two seasons of his Major League career in the National League, Aaron was no stranger to Northeast Ohio. In an interview recorded for ESPN’s “Believeland” documentary, the Mobile, Alabama, native can be seen discussing his affection for the Cleveland Browns.

“It started many many years ago. This probably going way back when they had Otto Graham, Marion Motley, Dante Lavelli — you could go on and on and on,” Aaron says in the clip. “It was me looking at a team and figuring out, ‘what makes these guys so successful?’ They won so many championships back then. I guess like anything else, no matter if you’re playing baseball, football, basketball or whatever you might be playing, in order for you to repeat over and over and over again, you’ve gotta be doing good. And they had some very very good football players back then.”

The 1957 National League MVP went on to reveal that he spent time watching the Browns play from the “Dawg Pound” inside of Cleveland Municipal Stadium.

“I had fun out there with the Dawg Pound. I enjoyed myself out there with them,” he said. “And they always had fun. Nobody ever bothered me. I went there many years. I don’t know if I saw as many as one or two fights. Everybody would have a good time.”

I love it. Just one of the most unlikely combinations that came to fruition. Aaron, who played the vast majority of his baseball career in the National League, had so much respect for our Cleveland Browns of his time. That’s incredible.

While the numbers say one thing, it’s clear that the vast majority of baseball fans consider Aaron the true Home Run King. Bonds cheated his way to the top and that’s frowned upon by those who appreciate authenticity, fairness and honesty.

Truthfully, we may never see another player quite like Aaron. That’s scary to think about in some ways but also just goes to show just how authentically amazing he was. Look at these career stats via Baseball-Reference: 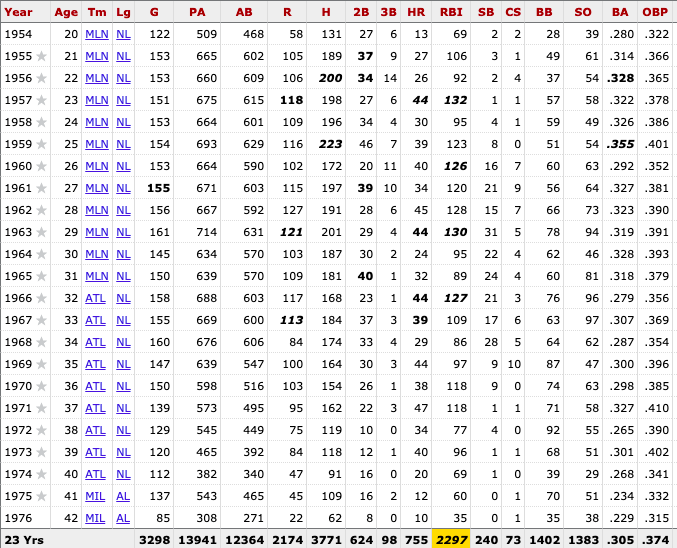 2297 RBI does lead the MLB historically.

Once again, rest in peace to Hammerin’ Hank Aaron.

Why Online Sports Betting Has Taken Off In The US